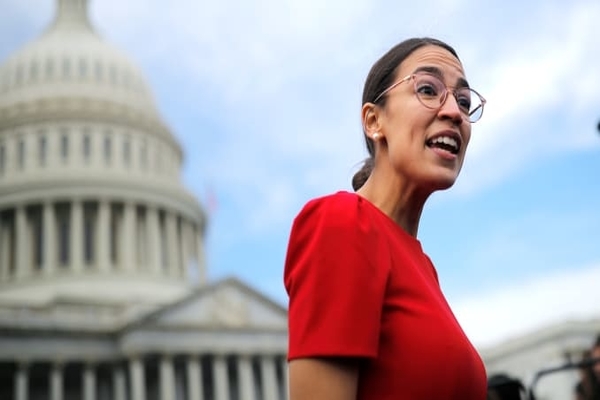 Rep. Alexandria Ocasio-Cortez (D-NY) blamed the “absurdly cruel” U.S. embargo of Cuba on Thursday for the nation’s turmoil, singling out “Trump-era restrictions” on the socialist state as driving the unrest.

In her first formal statement responding to the protests that have rocked Havana’s Communist dictatorship, the Bronx Congresswoman says she backed the protesters. In a statement posted on Twitter, she then laid out where the blame should be laid:

She said the repressive Havana regime was not the only cause of the island nation’s troubles:

We also must name the U.S. contribution to Cuban suffering: our sixty-year-old embargo. Last month, once again, the U.N. voted overwhelmingly to call on the United States to lift its embargo on Cuba.

The embargo is absurdly cruel and, like too many other U.S. policies targeting Latin Americans, the cruelty is the point. I outright reject the Biden administration’s defense of the embargo. It is never acceptable for us to use cruelty as a point of leverage against every day people.

AOC’s response mirrors a Black Lives Matter (BLM)  statement on Thursday, which singled out the “cruel and inhumane” U.S. for the unrest in Cuba and praised the Communist regime for its “solidarity” with oppressed people.

BLM accused the U.S. of causing the instability with its embargoes which have caused “pain and suffering” for Cubans for 60 years in the message which was branded “worse than embarrassing.”

At no time did BLM think to blame Communism itself for the tragedy unfolding just 90 miles from Florida’s shores.

On Thursday’s broadcast of MSNBC’s “Andrea Mitchell Reports,” Sen. Chris Coons (D-DE) also declared U.S. “oppression” of Cuba’s Communist dictatorship government “has created the conditions, in combination with our sanctions and with COVID, for a popular uprising.”

As Breitbart News reported, Coons sees the Cuban government as a victim of repression rather than a source of it.