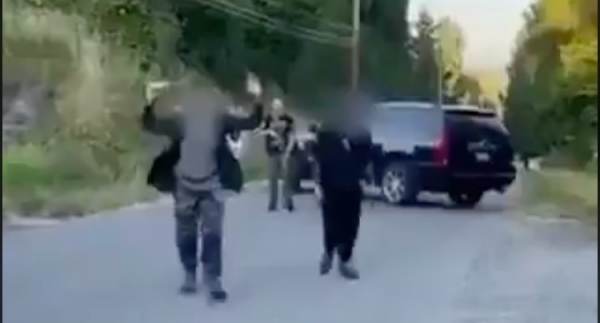 The police chief didn’t want these ‘peaceful protesters’ in her yard, so she wrote a letter to the City Council instructing them to “forcefully call for the end of these tactics.”

It’s all fun and games to the radical left-wing officials until the militants show up to their home.

Via the Seattle Times:

Best wrote a letter to the council Sunday after protesters showed up outside her Snohomish County home Saturday night, the latest in a series of visits the demonstrations have paid to those who hold public power in Seattle, including City Council members and Mayor Jenny Durkan.

Residents blocked a road into Best’s neighborhood, according to the letter and posts on social media from that evening. Multiple posts that appeared to come from Best’s neighbors referred to protesters as “terrorists,” and at least one included a photo of a gun.

Best’s letter said her neighbors “were concerned by such a large group” and didn’t allow protesters to “trespass or engage in other illegal behavior in the area, despite repeated attempts to do so.” She didn’t elaborate on the behavior in question but wrote that the Snohomish County sheriff was “monitoring the situation.”

Snohomish County Sheriff Adam Fortney said most of the protesters were dispersing or had already left when deputies arrived. He said he spoke with Best, who was not at home at the time, on the phone and “assured her that the Snohomish County Sheriff’s Office would deploy whatever resources were necessary to protect her, her family and her property.”

Best’s neighbors weren’t in the mood to host malcontents protesting in their neighborhood.

Armed residents confronted the protesters and the exchange further confirmed why the 2nd Amendment is essential for our protection and to ensure our freedoms.

“We are peaceful! You pointed a gun at my face!” the protester yelled to the armed residents.

Resident: “That’s why you are peaceful.”