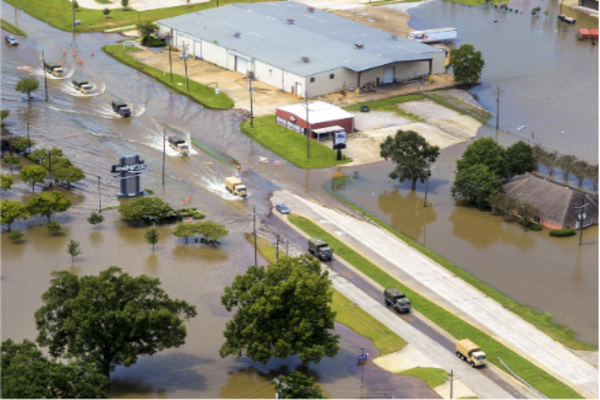 (breitbart) – The United States Army published a report online earlier this week detailing how the military branch will deal with “global disruptions” from so-called climate change, which it claims “endangers national and economic security.”

The report describes climate change as “variations in average weather conditions that persist over multiple decades or longer that encompass increases and decreases in temperature, shifts in precipitation, and changing risk of certain types of severe weather events.”

The report says that it will mitigate climate change with “measures to reduce the amount and speed of future climate change by reducing emissions of heat-trapping gases or removing carbon dioxide from the atmosphere.”

“The time to address climate change is now,” Secretary of the Army Christine Wormuth wrote in the introduction of the report. “The effects of climate change have taken a toll on supply chains, damaged our infrastructure, and increased risks to Army Soldiers and families due to natural disasters and extreme weather.” She went on:

The Army must adapt across our entire enterprise and purposefully pursue greenhouse gas mitigation strategies to reduce climate risks. If we do not take action now, across our installations, acquisition and logistics, and training, our options to mitigate these risks will become more constrained with each passing year.

The report claims that armed conflict will increase as temperatures rise and people compete for resources.

The Army plan also calls for “greening” Army operations, according to a Yahoo News report:

Part of the Army plan includes making all military installations more self-sufficient in terms of energy and water needs, but it also calls for a sweeping transformation to sources of clean energy, switching to an all-electric fleet of noncombat vehicles by 2035 and for the development of electric combat vehicles by 2050.

A list of “immediate objectives” contained in the report lists priorities such as providing “100 percent carbon-pollution-free electricity for Army installations’ needs by 2030,” and achieving a “50 percent reduction in [greenhouse gas] emissions from all Army buildings by 2032.”

The Army’s new report comes on the heels of the October release of the Department of Defense Climate Risk Analysis. In the foreword to that report, Secretary of Defense Lloyd Austin called climate change an “existential threat.”

“Climate change touches most of what this department does, and this threat will continue to have worsening implications for U.S. national security,” Austin wrote.

But some Republicans think the plan is another left-wing social experiment using the men and women tasked with protecting Americans from real threats.