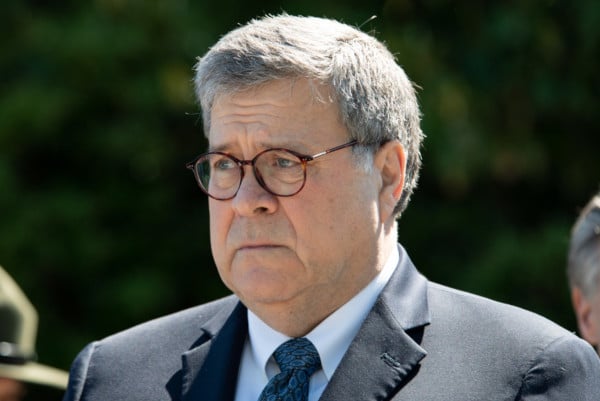 Barr said, “Over the past 12 tumultuous months, there has been a great deal of discussion about the radical ideology being promoted in our schools, and what it means for national unity, public safety, and the health of our politics.”

The radical ideology to which Barr refers is critical race theory (CRT), which teaches that the United States is fundamentally racist, so students must view every social interaction and person in terms of race or color in order to be “antiracist.” This is the antithesis of the view of the civil rights movement, which taught that people should be judged not by the color of their skin, but by the content of their character.

CRT is more akin to Marxism, in fact, which posits human society is inherently flawed because it is structured according to social class – scaled from upper to lower – creating inherent conflict and antagonism. Such a system needs to be destroyed, Marxism claims. Similarly, critical race theory sorts society according to race, calling one race the oppressor and all others the oppressed. Again, the system must be destroyed.

Judeo-Christian philosophy, on the other hand, as reflected in the early goals of public education in the U.S., sought to create “a sense of common identity and common civic and cultural bonds,” according to Barr, as well as “the moral formation of America’s youth—the building of moral character.”

The two approaches to education are completely at odds, and, as we are beginning to see, cannot coexist. Whereas one is designed to promote unity through common, shared values, the other seeks to tear apart the fabric of a supposed inherently unjust society and replace it with something else. As Barr put it:

One of the main justifications for the common school movement was that they would be institutions to effectuate the melting pot—to promote our common identity, to promote a solidarity based on being an American. But now the schools have taken on the opposite mission of separating us, of teaching unbridgeable differences, of dividing us into many different identities destined to be antagonistic.

As radical secular-progressive theory intrudes more and more into the curriculum of public schools, Barr suggests, “We must confront the reality that it may no longer be fair, practical, or even constitutional to provide publicly-funded education solely through the vehicle of state-operated schools.”

While public schools increasingly fail to produce students proficient in basic reading and math, an example is what is being taught, instead, in one school district: During “Black Lives Matter at School Week of Action, the school district distributed a children’s coloring book page that teaches: ‘Everyone gets to choose if they are a girl or a boy or both or neither or someone else, and no one else gets to choose for them.’”

Typically, parents aren’t even given notice or an option to remove their children from such instruction while their own tax dollars are paying for it. But Barr says it doesn’t have to be that way:

Public funding of education does NOT require that instruction must be delivered by means of government-run schools. The alternative is to have public funds travel with each student, allowing the student and the parents to choose the school—private, public, sectarian, or non-sectarian—that best fits their needs and the dictates of their conscience.

A second and potentially more serious problem than how public education today is delivered and paid for, Barr points out, is a legal, constitutional one. Secular-progressive education, by definition, is antireligious. In fact, every day we hear stories about how students are prohibited from religious expression at school.

Breitbart News wrote about a recent court case with a fortunate and all too rare outcome. School administrators at the University of Iowa banned the Business Leaders in Christ (BLinC) student group from campus for “requiring its student leaders to affirm the Christian faith.” In this case, the group sued to be reinstated and prevailed in a federal appeals court.

By prohibiting the free exercise of religion on campus, the school violates one of the basic protections of the First Amendment to the Constitution. But the fact that the student group was banned at all points to antireligious discrimination so profound as to suggest the school had adopted an actual alternative to Judeo-Christian faith – that choosing to indoctrinate students with secular-progressivism is being promoted as a type of religion itself, and this violates the Establishment Clause of the First Amendment.

So Barr is suggesting that what we face today, with the pervasive teaching of radical left-wing ideologies on campuses that have a monopoly over public education, is ripe for constitutional challenges on a couple of fronts.

As he concluded in his speech to the ADF, “Confronting this issue is one of the most urgent tasks for concerned legislators, lawyers, and organizations such as this one. To save religious liberty, we must save our families and their children from the extreme secular-progressivism that pervades our current system of public schools.”