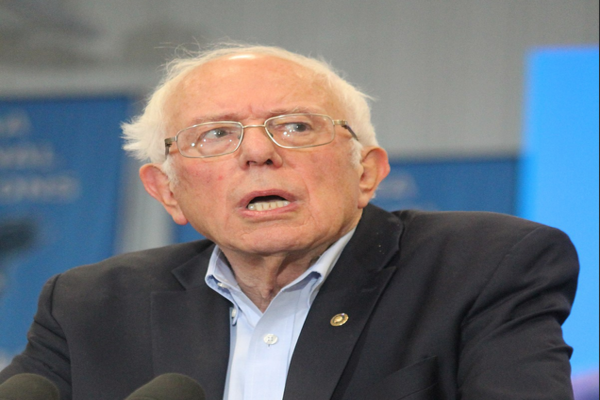 (breitbart) – Sen. Bernie Sanders (I-VT) said Tuesday that he would be open to primarying Sens. Joe Manchin (D-WV) and Kyrsten Sinema (D-AZ), who do not support breaking the filibuster.

One congressional reporter asked Sanders if he would support a primary challenger to senators who do not support changing the filibuster.

Manchin appeared unfazed by the Vermont progressive’s threat to support a primary challenge against him. “I’ve been primaried my entire life. That would not be anything new for me,” Manchin said. “It’s rough and tumble. We’re used to that. Bring it on.”

Manchin also said he would not support efforts to revive the “talking filibuster” to bypass the Senate’s centuries-old filibuster rules.

Sen. Dick Durbin (D-IL) that this proposal is “not the final word” and would be “solidified” at the Democrats’ Tuesday night caucus meeting.

Asked about creating a precedent, Durbin said, “It may be hard for some reporters to believe: But there are some things that have historic value. This debate and this vote have this historic value…. And I think senators should be on the record.”

Despite the Democrats’ best efforts to bypass the filibuster, some Senate Democrats are already admitting defeat since they do not have Manchin and Sinema on board.

“I just tell people we did the best that we could,” Sen. Tammy Duckworth (D-IL) admitted. “I just say specifically that whoever votes no on the rules change, it’s their responsibility that we couldn’t get this done.”