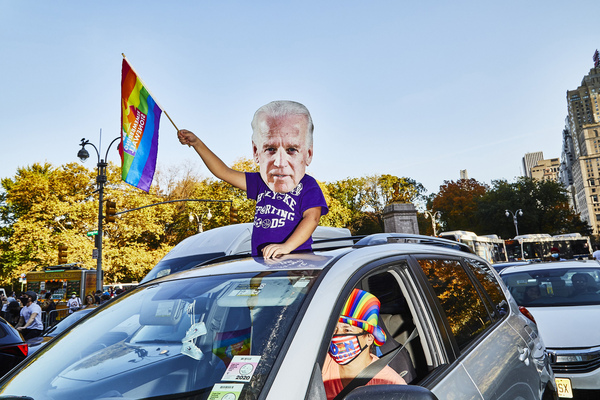 (breitbart) – The Biden administration’s Center for Disease Control (CDC) is promoting an activist organization that seeks to embed leftist gender theory in the classroom.

“Looking for ways to support Ally Week, No Name-Calling Week or the Day of Silence? Interested in finding ways to bring LGBTQ-visibility into your curriculum? You’ve come to the right place!” GLSEN’s website explains.

The organization continues by noting the guides can be used to direct activism and to embed ideological positions into school curriculum when it says “GLSEN’s education team has created educator guides for each of our Days of Action, along with other resources for increasing LGBTQ visibility and affirmation into any curriculum.”

Among GLSEN’s educator guides is “Supporting LGBTQ+ Students of Color,” which instructs teachers to “De-center whiteness in LGBTQ+ history, inclusive curriculum, and visual representation,” “Reflect on your own identities, privileges, and power,” and to “Participate and/or advocate for both LGBTQ+ and anti-racist education training at your school.”

GLSEN maintains a list of books that teachers can use in the classroom to encourage “LGBTQ-visibility.” The list, intended for elementary school children, includes “A is for Activist,” as well as “I am Jazz,” which endorses the idea that children can be transgender.

GLSEN also advocates for men to be able to play in women’s sports and to use women’s restrooms and locker rooms. The organization previously partnered with both the YMCA and Nike to bring an OnlyFans performer to teach children a suggestive form of dancing.

Breitbart News previously revealed the CDC directed LGBT Youth to a chat site that was designed to be kept secret and featured discussions on sex change operations, political activism, and the occult.