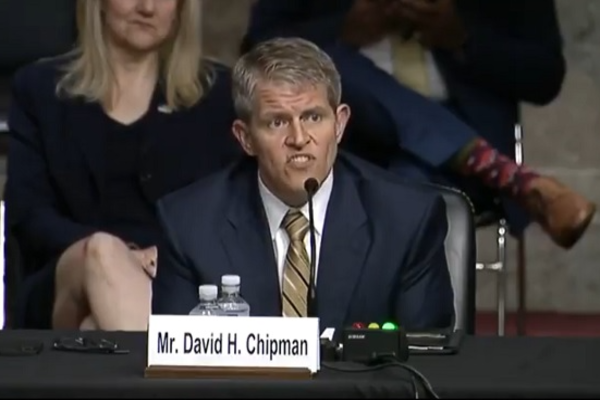 (IL) – David Chipman, a former ATF agent who was reportedly involved in the massacres at Waco and Ruby Ridge before cashing in as an anti-gun lobbyist for billionaire Michael Bloomberg, said Wednesday he supports banning the most popular rifle in America.

Chipman suggested an “assault weapon” consists of “any semi-automatic rifle capable of accepting a detachable magazine above the caliber of .22” — which includes nearly every rifle in America.

Chipman is an anti-gun extremist who was reportedly involved in the massacres at Waco and Ruby Ridge and was caught making up a lie during a Reddit AMA last year that the Branch Davidians shoot down two helicopters with “2 .50 caliber Barretts” to justify their slaughter.

The proven liar, who worked as an ATF case agent in Waco on the Branch Davidian trial at the time of the massacre, claimed this photo wasn’t him:

The Biden regime is working to disarm their political opposition and strip them of their rights without due process by declaring them “domestic violent extremists.”

They’re actively purging the military of “extremists,” spying on members of the military for “extremism,” teaching that “whites are inherently evil” and firing those who disagree, and seeking to form a partnership between the Department of Defense and the Southern Poverty Law Center and the Anti-Defamation League.

The next Waco and Ruby Ridge probably isn’t going to be very far off.