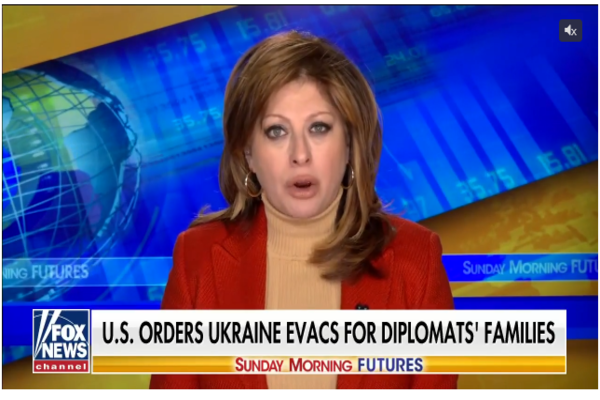 Cotton said, “So why is it that now he’s put more than a hundred thousand troops on the border, and there I think President Biden bears a lot of the blame. For a year, he has been appeasing Vladimir Putin. He gave him a very one-sided nuclear arms control treaty the very first month of his presidency. He removed his sanctions from the Nord Stream 2 gas pipeline from Russia to Germany, which his own party opposed. He really did nothing about the Colonial Pipeline hack, and then in August, Vladimir Putin let the rest of the world see Joe Biden’s debacle in Afghanistan. So that’s why Vladimir Putin thinks the timing is right here.”

He added, “Why this matters to the American people, it’s very dangerous when you allow our adversaries like Russia, China and Iran to try to upend the status quo, and all we do is have strongly worded to speeches or some mealymouthed sanctions. So if Vladimir Putin can get away with this in Ukraine, what does that say to Xi Jinping about what he can do in Taiwan.”