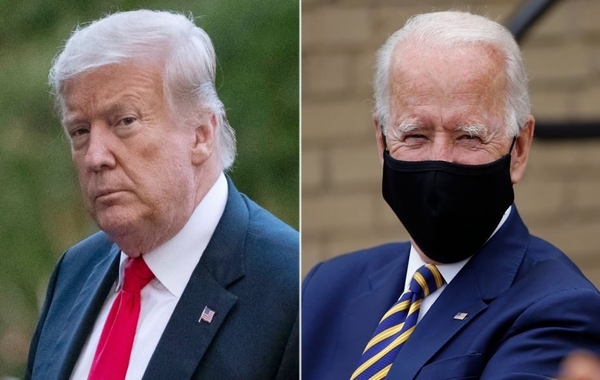 (foxnews) – New York Times opinion columnist Bret Stephens warned on Monday that Democratic presidential nominee Joe Biden created “a dangerous opening for Trump” by saying he would be willing to “listen to the scientists” and shut down the U.S. this winter.

In a column headlined, “Biden’s Loose Lips Could Sink His Chances,” Stephens described the disclosure as the “former vice president’s biggest blunder in the campaign thus far.”

In an interview with ABC News that aired Sunday, Biden said he would order a nationwide shutdown if scientists recommend it due to a combination of seasonal flu and the ongoing coronavirus pandemic.

“It’s the sort of remark that surely plays well with voters who already support him. It might even have notional majority support,” Stephens wrote. “But it doesn’t help with the voters Biden needs to avoid antagonizing in swing districts … loose talk of nationwide shutdowns plays into the fears of voters who feel they have been both impoverished and patronized.”

“The danger Biden now courts is twofold,” explained Stephens, who said Biden “is promising to hand over his decision-making authority to unelected people who, whatever their education, expertise or virtues, haven’t gained the trust of fence-sitting voters.”

In the article, Journal chief economics commentator Greg Ip describes how “blanket business shutdowns—which the U.S. never tried before this pandemic—led to a deep recession,” before adding that “economists and health experts say there may be a better way.”

The Journal article, which cites the International Monetary Fund, states that the pandemic and the resulting economic shutdowns have led to the expectation that global output will fall 5% this year, which is “far worse than during the [2008] financial crisis.” It has also led to 400 million jobs lost worldwide, according to the International Labor Organization, with 13 million job losses in the U.S. alone.

According to Stephens, Biden is “proposing to resort to a strategy” that, according to Ip, “is now being viewed by some economists and even health experts as ‘an overly blunt and economically costly tool’ that could have been avoided in favor of ‘alternative strategies that could slow the spread of the epidemic at much less cost.’”

“All of this creates a dangerous opening for Trump,” Stephens went on to explain. “Voters won’t necessarily turn to Biden if they feel he will merely rubber-stamp the same set of policies that they wanted to avoid in the first place.”