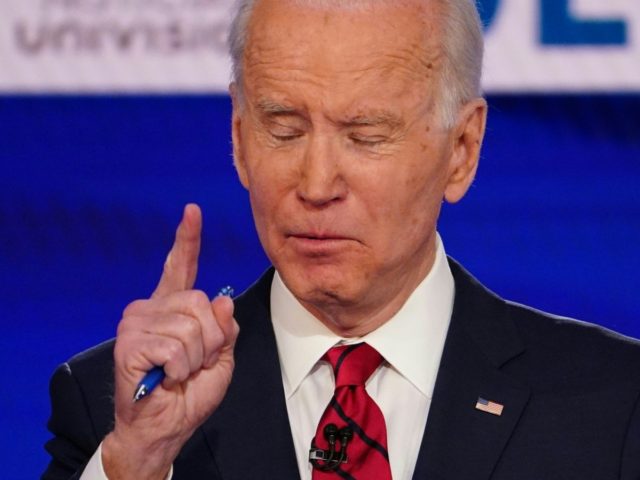 Lockhart published an op-ed last week at CNN.com warning Biden that he should not debate Trump because the latter is prone to statement that fail the fact-checking test (original emphasis):

Whatever you do, don’t debate Trump. Trump has now made more than 20,000 misleading or false statements according to the Washington Post. It’s a fool’s errand to enter the ring with someone who can’t follow the rules or the truth. Biden will undoubtedly take heat from Republicans and the media for skipping the debates. But it’s worth the risk as trying to debate someone incapable of telling the truth is an impossible contest to win.

However, Biden has been criticized in past debate performances for his misstatements and outright fabrications. In a debate with Alaska Governor Sarah Palin in 2008, Biden made several false claims, including the odd claim that the United States and France had “kicked Hezbollah out of Lebanon.” (Hezbollah, an Iranian-backed terrorist group with an associated political wing, is still very much there, and is a major part of Lebanon’s government.)

In 2012, as he debated then-Rep. Paul Ryan (R-WI), Biden again told a series of whoppers, including the false claim that Obamacare was not forcing religious institutions to provide contraceptive coverage. That very issue has been at the heart of lawsuits brought by Little Sisters of the Poor, a Catholic order that had been required to pay for contraception.

The Biden campaign agreed in June that the candidate will participate in three debates. But Democrats are worried that the aging Biden, who has had trouble articulating his views in past debates, will look frail next to President Trump — or that Trump will get away with false statements.

For example, the New York Times‘ Thomas Friedman wrote last month that Biden should not debate Trump unless he releases his tax returns and unless the debate has real-time fact-checking.

Such “real-time” fact-checking proved decisive in a 2012 debate between President Barack Obama and Republican challenger Mitt Romney: CNN moderator Candy Crowley incorrectly declared that Obama was right about having declared that the Benghazi terror attack was, in fact, a terror attack. (She later acknowledged that she had been wrong.)

One debate host, the University of Notre Dame, has already withdrawn from the first contest, citing coronavirus concerns. The first debate has been moved to a site in Cleveland.