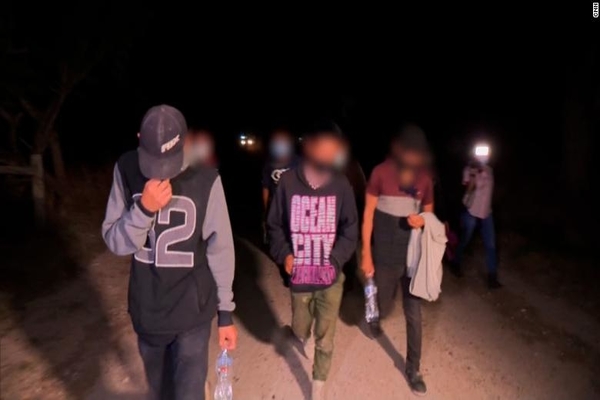 (breitbart) – The flow of illegal aliens into the United States is growing so rapidly the Biden administration is preparing to fly them to the Canadian border so as to expedite “processing” them into the country, according to the Washington Post.

While former President Donald Trump’s immigration policy was aimed at securing U.S. borders and preventing people from entering the country before they were vetted — including testing for the Chinese coronavirus — President Joe Biden has turned the effort on its head. This means that what were once detention centers are now reception centers welcoming thousands of migrants into the country on a daily basis.

On Friday alone, 1,000 people, including families and Unaccompanied Alien Children (UAC), crossed the U.S. border with Mexico, according to the Post.

The paper, which disparaged Trump’s immigration policy on a daily basis, reported on the Biden administration’s “scramble to contend with a widening emergency that officials say they do not view as a ‘crisis’ but a ‘stressful challenge’”:

The extraordinary volume of unauthorized border crossings in recent days has left the families and minors waiting hours outdoors, many under a bridge next to the river where CBP is operating a large outdoor processing station. The backups have been exacerbated by the more than 4,500 unaccompanied teenagers and children held in detention cells and border tent sites, a record number.

The Post cited a lack of winter clothing for the illegal aliens as a concern when flying them to the north of the country, noting how the surge that happened under Trump took place during warmer weather:

That crisis occurred during warmer months, however, and CBP officials did not immediately respond to questions about whether the government would be able to furnish winter clothing to parents with children if they are sent to states such as Montana, South Dakota and Michigan, where the Border Patrol has far fewer staff members and generally smaller facilities. CBP has used ICE aircraft in recent days to transport migrant families from the Rio Grande Valley, where facilities are far overcapacity, to the El Paso area. Many of those families are then being returned to Mexico under a Trump-era emergency public health order.

The outlet did not explain that the “emergency public health order” came from the Centers for Disease Control and Prevention to protect Americans from further spread of the coronavirus.

Moreover, the Federal Emergency Management Agency (FEMA) confirmed Thursday it would provide $110 million of taxpayer money to fund nonprofit and government agencies to help illegal aliens coming into the country, the Post reported.

The money is sourced from the $510 million in supplemental funding as part of the massive American Rescue Plan Act of 2021 (for which not one Republican voted) that Democrats claimed was aimed at helping Americans in the wake of the coronavirus pandemic.