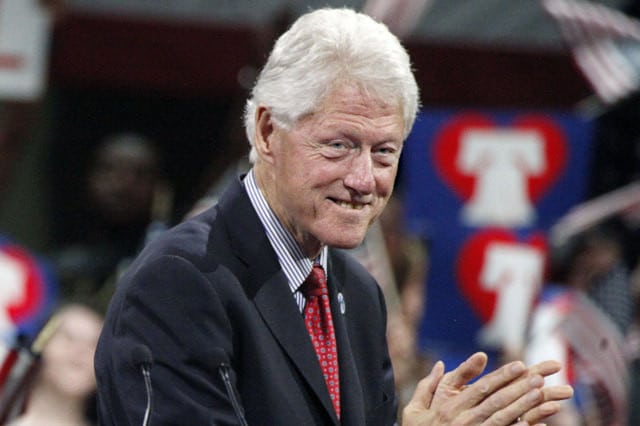 (Gateway Pundit) – The Trump impeachment sham is unique in a number of different ways compared to previous impeachments and most notably because no crime was committed or defined.

President Trump is accused of two offenses, neither is a crime.

Article One: Abuse of Power — broad and undefined non-criminal action.

Article Two: Obstruction of Congress — Not a crime and completely made up charge.

Now compare that to the Clinton Impeachment trial in 1998.

Bill Clinton was accused of 11 separate felonies and impeachable offenses.

The Starr Report, presented on Sept. 9,1998, presented 11 impeachable offenses. Bill Clinton was eventually charged because he “…willfully provided perjuries, false and misleading testimony to the grand jury,” and made “…corrupt efforts to influence the testimony of witnesses and to impede the discovery of evidence.”

The six page document was filed by the 5 PM deadline on Saturday.

The President’s team called the sham articles of impeachment with zero criminal accusations a dangerous, brazen and unlawful attack on our election system.

The Trump attorneys alleged “a lawless process in the US House that violated due process and fundamental fairness.”

This trial should be exciting.

Democrats have liar Adam Schiff and a bunch of House nitwits against Trump’s legal team of seasoned lawyers.

It should be interesting watching Schiff and Democrats push their nonsense on the Trump Defense Attorneys.