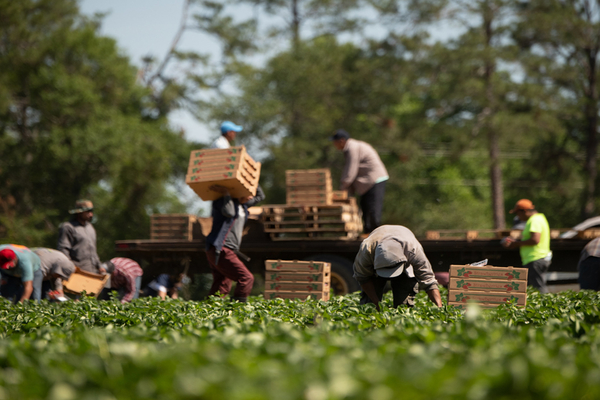 (breitbart) – Black Americans who spent most of their lives working on Mississippi farms are suing their former employer after they were replaced by foreign workers on the H-2A visa program.

The lawsuit, filed in the United States District Court for the Northern District of Mississippi, accuses Pitts Farms of laying off a number of black Americans, only to replace them with foreign visa workers from South Africa.

The H-2A visa program allows U.S. farms to annually outsource an unlimited number of American jobs to foreign workers who can extend their stay for up to three years. The foreign families of H-2A visa workers can also come to the U.S. on H-4 visas.

In interviews with the New York Times, black Americans said they had spent most of their lives earning a living as farm workers at Pitts Farms. The work is part of a long history wherein black Americans along the Mississippi Delta have spent grueling hours on farms doing intense physical labor.

One of the black Americans suing Pitts Farms, 50-year-old Richard Strong, told the Times that he has worked on farms for more than 25 years. His father and grandfather did so as well, as well as his enslaved ancestors.

Strong said about 10 years ago is when he noticed farms along the Mississippi Delta began importing foreign visa workers, almost entirely from South Africa. When the first groups arrived, Strong said he helped train them. Now, more than 100 U.S. farms along the Delta employ foreign visa workers from South Africa over Americans.

“Sunflower County, where [Pitts Farms] is located, is predominantly black; as of 2019, blacks made up an estimated 73 percent of the county’s population,” the lawsuit notes:

By 2020, Strong said he was fired by Pitt Farms, as were the other American workers, including his brother Gregory, who had also spent most of his life working at the farm.

“I never did imagine that it would come to the point where they would be hiring foreigners, instead of people like me,” Strong told the Times. “… It’s like being robbed of your heritage.”

“I gave them half my life and ended up with nothing,” Gregory said.

The lawsuit states that while Strong and his American counterparts were paid the minimum wage of $7.25 an hour and $8.25 an hour on weekends, the foreign visa workers were given nearly $12 an hour.

DHS Secretary Alejandro Mayorkas justified the expansion as a way for U.S. farms to import more foreign visa workers when Americans “are not available” to do the work.

The H-2A visa program, much like the H-2B visa program for non-agricultural work, has been proven to undercut working class Americans who rely on manual labor jobs but who are forced to compete against a growing number of cheaper, foreign workers.

In 2019, the Department of Justice (DOJ) found that a construction company in South Dakota had used the H-2B visa program to import foreign visa workers so they would not have to hire available and qualified American construction workers at a higher cost.

That same year, the DOJ fined a Houston, Texas, bus company for importing foreign visa workers through the H-2B visa program instead of hiring available and qualified Americans who applied for jobs.