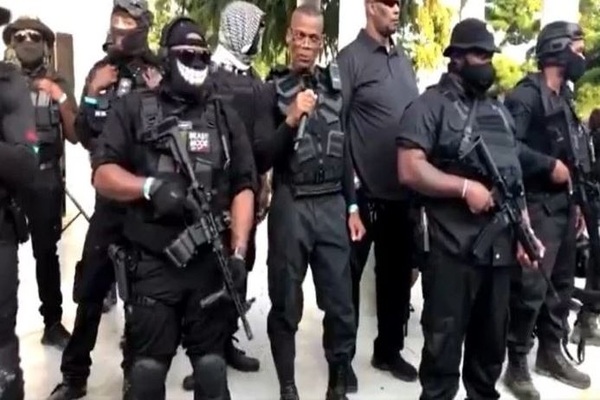 (nationalistreview) – Grandmaster Jay, The Leader Of The Black Militia Group, Has Ramped Up His Radical Rhetoric Risking Dangerous Consequences
Misquoting Malcolm X, Grandmaster Jay, the leader of the Not F***ing Around Coalition advised black people to start shooting officers when they attempt to make arrests. (Video Below) The statement was made at NFAC’s rally in Lafayette, Louisiana.

“Stop singing to your killers,” he said. “Cut that shit short today. Organize yourselves. Be smart about yourselves. And remember this, ‘as long—‘ and I hate to quote Malcolm but, ‘be courteous, be professional, but if they put your hands on you—‘ or you see them put their hands on…don’t drive by and take pictures. Send their ass to the morgue or the hospital.”

The statement marks a turning point for the organization that believes in Black Nationalism and demanded that the state of Texas be given to them as a sovereign land in which they could build their own nation. It’s clear from his language that he’s referring to law enforcement and advocating for black people to not only resist arrest, but to aggressively combat members of law enforcement.

Malcolm X infamously said: “Be peaceful, be courteous, obey the law, respect everyone; but if someone puts his hand on you, send him to the cemetery.”

The leader then went on to tell the crowd (number in the few hundred) that his Instagram was shut down today.