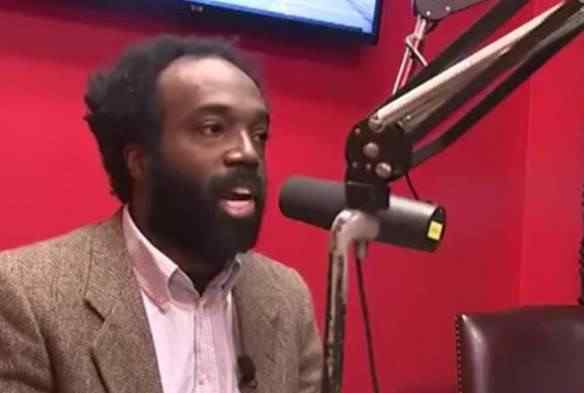 (Gateway Pundit) – Irami Osei-Frampong, a University of Georgia graduate student and teaching assistant recently wrote that some white people may have to die before black communities will be made whole.

Osei-Frampong made the comments on Facebook and says he’s confused on why his words are so controversial.

A University of Georgia graduate student is getting criticism for comments he wrote on Facebook. The man at the center of the controversy is Irami Osei-Frampong — a philosophy graduate student employed by the university as a teacher’s assistant. He speaks frequently about race and equality, but some critics believe he crossed the line when he made a post online that stated, “Some white people may have to die for black communities to be made whole.” Another social media post said: “Fighting white people is a skill.” The teaching assistant told Channel 2’s Tony Thomas he’s confused by the backlash. “I’m confused why that is so controversial,” Osei-Frampong said. Osei-Frampong appeared on Cox Media Group radio station WGAU Tuesday morning, insisting he’s not calling for violence, but believes it should remain an option.