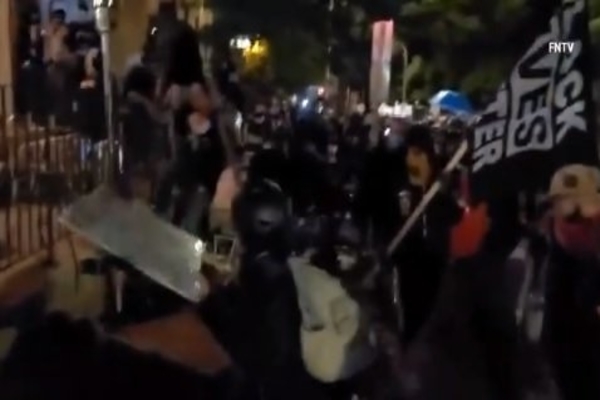 (thegatewaypundit) – The Democrat Party’s shock troops were back out in the streets today in major US cities.

According to the Washington Post, CNN and Fake News media these people –90% — are mostly peaceful.

And later the BLM rioters started climbing on people’s homes!

Coming soon to a neighborhood near you!