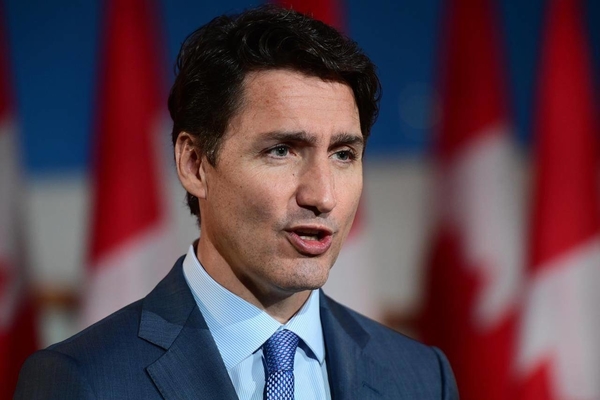 (breitbart) – Candice Bergen, elected on Wednesday to replace the ousted Erin O’Toole as interim leader of the Canadian Conservative caucus, came out swinging in her debut House of Commons appearance by blasting Prime Minister Justin Trudeau for refusing to extend an “olive branch” to Freedom Convoy demonstrators.

O’Toole was dumped by the Conservatives in a secret ballot and replaced by Bergen (who is not to be confused with the American actress of the same name). The Conservatives felt O’Toole was ineffective as an opposition leader and blamed him for losing a snap election to the Liberals in 2021 – a vote forced by Trudeau that looked like a dangerous miscalculation on his part for a while, given mounting public unhappiness with the state of Canadian affairs under the pandemic.

Bergen presented herself as a more pugnacious alternative to O’Toole on Monday when she attacked Trudeau’s hypocrisy for wearing blackface in his school days and demanded that he apologize for dismissing the huge Freedom Convoy anti-mandate movement as a pack of racists.

On Thursday, Bergen said she was determined to strengthen the Conservatives and leave the opposition in fighting shape for the next permanent leader, who will be elected in a contest that has yet to be scheduled – the third leadership race in five years.

Bergen restated her support for the Freedom Convoy and blasted Trudeau for attempting to slander and ostracize the demonstrators.

“Can the prime minister please tell Canadians what role he thinks the government can play and what they can do to solve the impasse?” she asked from the House of Commons.

When Deputy Prime Minister Chrystia Freeland responded to Bergen by once again condemning the acts of vandalism from some protesters, Bergen replied: “Maybe all the horns have affected her hearing because I don’t know if she heard my question. Where is the olive branch?”

“There is no one in this House who tolerates racism,” Bergen said, chiding Freeland’s remarks as “disappointing” and “classic gaslighting” before reminding the chamber about Trudeau wearing blackface.

“About wearing the blackface, et cetera, we do not need to go through the litany of racist things that have been done by people who clearly have very poor judgment,” she said. “But that isn’t what we are talking about. We are talking about an impasse on Parliament Hill. We need to have some solution. There needs to be an olive branch. Where is that?”

Canada’s Globe and Mail on Thursday suggested Bergen and the Conservatives are taking a risk by siding so firmly with the Freedom Convoy, which was supported by only about 32 percent of Canadians in recent polls, although its support is much stronger on the Canadian right. However, over half of the respondents in the same poll thought Trudeau handled the protests badly.

The Globe and Mail quoted Crown-Indigenous Relations Minister Marc Miller calling Bergen “nuts” for equating vandalism by Freedom Convoy demonstrators with the destruction of monuments by left-wing protesters (which he evidently finds more acceptable) and ominously muttering that Bergen has been seen wearing a Make America Great Again hat.