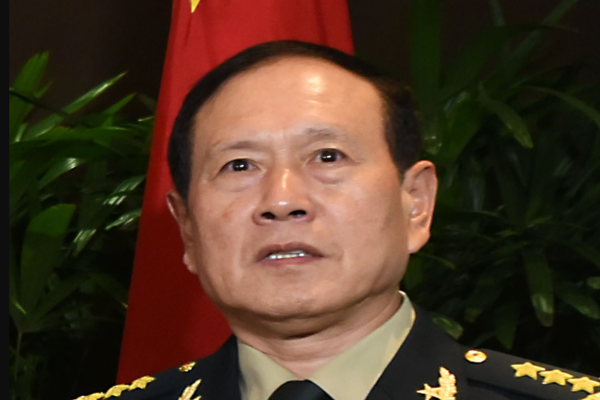 (breitbart) – Chinese Defense Minister General Wei Fenghe appeared to threaten a war with America during remarks on Sunday at the Shangri-La Dialogue, a global security conference in Singapore, asserting that the Communist Party would “fight to the very end” to annex Taiwan.

Taiwan is a sovereign democratic island nation off the coast of China. While Taiwan has never in its history been governed by a state entity headquartered in Beijing and has no tangible government ties to Communist China, the Party has insisted for decades that Taiwan is a “province” of China and has forced countries that want diplomatic ties with China not to recognize Taiwan as a state – including the United States. America does not recognize Taiwan as a state but sells its government weapons and has discouraged a Chinese military invasion of the country.

Chinese officials’ alarm at America potentially lending a decisive hand to the Taiwanese military against a Chinese invasion has escalated since President Joe Biden took office, as he has on multiple occasions claimed that a “commitment” exists on Washington’s part to intervene against China in any potential invasion. In reality, thanks to President Jimmy Carter, the U.S. government does not even recognize Taiwan as a country, much less maintain any military pacts with Taipei.

“Taiwan is China’s Taiwan, period. The Taiwan question is China’s internal affair,” Wei told attendees at the Shangri-La Dialogue on Sunday, according to the Chinese state broadcaster CGTN. “No one should ever underestimate the resolve and capabilities of China’s armed forces to defend its sovereignty and territorial integrity.”

“Those who pursue ‘Taiwan independence’ in an attempt to split China will definitely come to no good end, and foreign interference is doomed to failure,” he warned, echoing similar language regularly published in Chinese state propaganda outlets. “Let me make this clear: If anyone dares to secede Taiwan from China, we will not hesitate to fight, we will fight at all costs and we will fight to the very end. This is the only choice for China.”

Wei more explicitly threatened America in comments about the competitive nature of the two countries’ relationship.

In addition to routine violent threats against Taiwan – a pattern which climaxed in 2019 with dictator Xi Jinping proclaiming that anyone who recognized Taiwan accurately as a country would have their “bones ground to powder” – Wei echoed his country’s talking points about China’s alleged contributions to “peaceful development” around the world.

China’s largest development project is the “Belt and Road Initiative” (BRI), a global plot to in-debt poor countries by offering them predatory loans and then seizing countries’ territories when they inevitably cannot pay. Among the most aggrieved victims of the BRI are Sri Lanka, Kenya, and Pakistan.

“Washington not only overestimates its own capabilities to make up lies, but also underestimates China’s determination to safeguard its territorial integrity when it wants to set up ‘rules’ for China’s internal affairs,” the Global Times concluded, “and also intends to blame China for breaking the ‘status quo.’”

The Global Times claimed that Wei’s threats were “necessary” because “the U.S. has continued to expand arms sales to Taiwan, sent congress people [sic] and former dignitaries to visit Taiwan, and revised the State Department’s website regarding the fact list of US-Taiwan Relations.”

Taiwan’s Mainland Affairs Council (MAC) condemned Wei’s speech later on Sunday, declaring that his threats “proved that Beijing is the source of the regional disturbance.”

“The council said it is ‘a fact’ that the two sides of the Taiwan Strait do not belong to each other, and that Taiwan has never been a part of China,” reported the Taipei Times. “China has been ignoring Taiwan and other countries’ opposition to its aggressive actions and false claims, and trying to unify with Taiwan by force, the MAC said, adding that China would suffer the consequences of meddling with Taiwan’s international support.”

“Gen. Wei promised war if Taiwan is separated from China. Such rhetoric is dangerous and provocative, as we’ve never been ruled by [China],” Taiwanese Foreign Minister Joseph Wu wrote in a statement on Twitter following Wei’s speech.