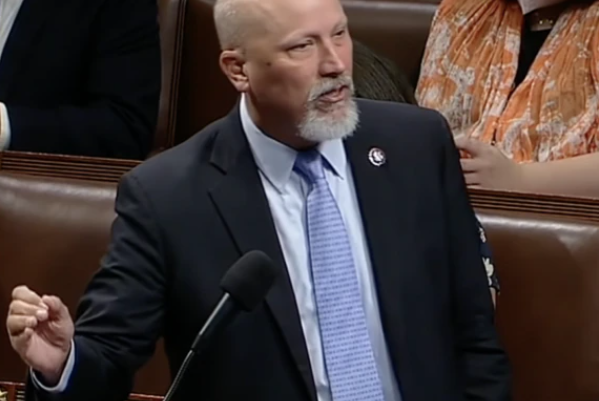 On August 2, 2021, Roy tweeted out some of the figures from July, which revealed that federal immigration officials encountered 205,000 border crossers —the highest levels of monthly illegal immigration since 2000.

John Binder noted that there were “37,400 known got-aways, that is, illegal aliens who successfully crossed the U.S.-Mexico border.” According to the initial findings, there have been roughly at least 1.3 million border crossers that federal immigration officials have encountered at the southern border for Fiscal Year 2021. For reference, Fiscal Year 2021 started on October 1, 2020.

“It’s time to draw a line in the sand, for the sake of our country, our communities, our kids, and those who seek to come here. It’s time to impeach [Department of Homeland Security Secretary Alejandro Mayorkas] for failing to uphold immigration law, enforce Title 42, and secure our border,” Roy declared in a tweet.

Again, the GOP needs to wake up to the immigration crisis unfolding before our eyes. Apart from the corrosive socio-economic effects that comes with mass migration, if the GOP doesn’t get its act together and pass solid immigration restriction measures, it will get electorally blown out thanks to demographic shift. The Republican base wants leadership on immigration, and anyone who answers the call will be rewarded handsomely on election day.

America First populists must take up the mantle of immigration restriction and make a big stink about it during the 2022 midterms. We cannot afford to kick the can down the road any longer on such a foundational issue that could result in the radical transformation of this great nation.