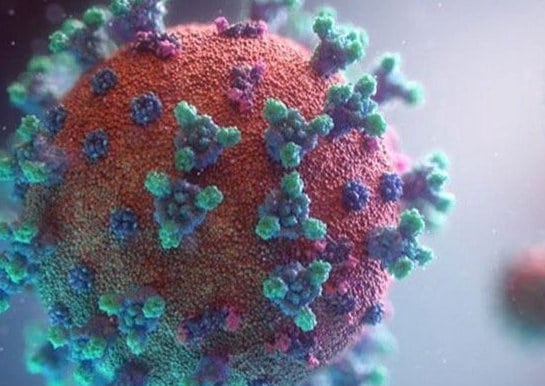 The seven-day rolling average number of coronavirus infections in most of the Sunbelt, including states health analysts deemed new hotspots in recent weeks, appear to have plateaued as of Monday evening and even began to drop, a Breitbart News analysis revealed.

Driven by the situation in the Sunbelt, the seven-day average of new daily cases across the country has also stabilized since around July 17, according to data from the COVID Tracking Project.

Compared to New York, the former COVID-19 (coronavirus disease) epicenter and the state with the highest number (32,705) of fatalities, the death tolls in the Sunbelt region are relatively low, several tallies including Worldometer showed.

For example, Texas reported the highest single-day number of deaths (197) on July 22, but that number is still about 80 percent lower than NY’s May 7 peak of 951, the COVID Tracking Project reported Monday.

At least 15 states, including least part of California, make up the Sunbelt or Sun Belt region. Many of the Sunbelt states are in and around the southern tier of the United States.

As of Monday, the seven-day average of new cases reported each day in Texas, Florida, Arizona, Alabama, Nevada, North and South Carolina were dropping.

In Georgia and Tennessee, the seven-day average of cases has begun to stabilize in recent days.

Some of the most populous states in the country, including the top three— California, Texas, and Florida — and the eighth and ninth most populous — Georgia and North Carolina — are located in the Sunbelt.

Six of the estimated 15 states in the Sunbelt region are facing increases in the seven-day average of cases — California, Mississippi, Louisiana, New Mexico, Arkansas, and Oklahoma.

Echoing the situation in the Sunbelt, the single-day number of confirmed cases across the United States reached a peak number of over 77,000 ten days ago on July 17, data compiled by the COVID Tracking Project showed on Monday evening.

Since July 17, the seven-day moving average of cases across the United States has stabilized.

On Monday, the daily number of new confirmed cases dropped to 55,134, marking a drop of about 30 percent from July 17.

The seven-day moving average of cases has remained relatively stable since July 17, at about 66,000, data compiled by Conor Kelly from the marketing firm Hanover Research.

On Sunday (558 deaths) and Monday (428), the COVID Tracking Project reported that single-day fatality figures across the United States reached low levels not seen since late March, likely driven by the low level of deaths in the Sunbelt states.

Reduced reporting of virus data over the weekend tends to result in a lag in the case and death figures. The delay can result in lower numbers than usual through Monday, the COVID Tracking Project asserted.

That is why healthy analysts rely on the seven-day rolling average of cases, deaths, and hospitalizations, because the figures vary day-to-day.

The seven-day rolling average of deaths has been going up reasonably steadily since July 7, but the single-day figures remain well below the peak of 2,740 on May 7.

On July 24, the single-day number of deaths reached the highest level since the fatalities began rising early this month, reaching 1,178, or 60 percent below the May 7 peak level.

California (460,550 infections), the most populous U.S. state, has overtaken fellow Democrat-run New York (412,344), the fourth state with the largest number of residents, and all others as the area with the most cumulative number of cases.

However, even as the seven-day average of cases and deaths continue to climb in California, which now appears to be the new coronavirus epicenter, the cumulative number of fatalities in New York is higher than in any other state.

The deaths per one million residents in those states are higher than Florida (276) and Texas (180). Florida and Texas have a higher overall population.

Nevertheless, some of the highest numbers of cases per one million residents are in some Sunbelt states.

There is a lag of three weeks or more between infection and deaths, so the number of fatalities could increase in the coming days.

It has been more than three weeks since the case spike began around June 15. Yet, the daily number of cases has not paralleled the fatalities, particularly when compared to early in the outbreak in April.