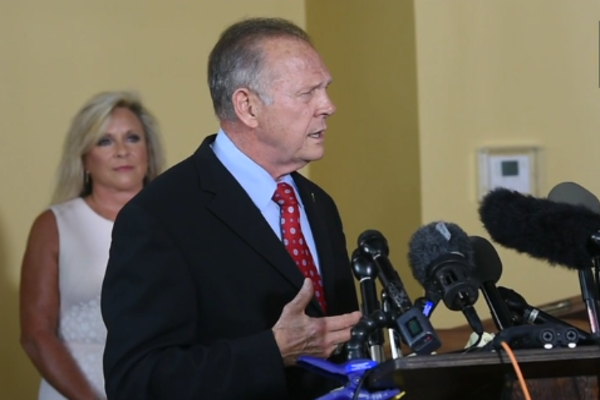 (justthenews) – Alabama Republican Roy Moore this week received a whopping $8.2 million payout in his defamation case against a super PAC that had targeted him during the 2017 Senate race, with the GOP politician hailing the win as one measure to help “restore my reputation” after that contentious election.

Moore had sued the Senate Majority PAC over claims that it had defamed him when it ran an ad suggesting that he solicited sex from a 14-year-old girl at a mall in Alabama years ago. At the time, Moore’s campaign was dealing with sustained allegations that, as a man in his 30s, he had asked out teenagers in Alabama in the 1970s and 1980s.

The Senate Majority PAC ran an ad during the campaign in which it claimed that Moore “was “banned from the Gadsden mall” for “soliciting sex from young girls.”

One of Moore’s attorneys said the PAC “strung quotes together to make a single statement” and “that’s what the jury found offensive.”

The PAC told the Associated Press that they intended to appeal the ruling. Moore, meanwhile, praised the decision.

“We’re very thankful to God for an opportunity to help restore my reputation which was severely damaged by the 2017 election,” he told the news wire.