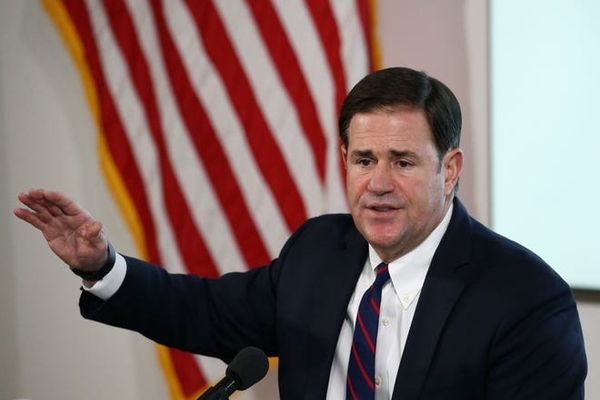 (breitbart) – Arizona Gov. Doug Ducey (R) has signed a bill banning the teaching of critical race theory in schools across the state.

According to an online statement released by Ducey’s office, the legislation, House Bill 2906, “prohibits the state and any local governments from requiring their employees to engage in orientation, training or therapy that suggest an employee is inherently racist, sexist or oppressive, whether consciously or unconsciously.”

The measure passed both chambers of the state legislature with a 31-25 vote in the Arizona state House and 16-12 in the Senate. Ducey said:

When I took office, I vowed to use taxpayer dollars responsibly, and funding training on political commentary is not responsible spending. I am not going to waste public dollars on lessons that imply the superiority of any race and hinder free speech. House Bill 2906 goes a long way towards protecting Arizonans against divisive and regressive lessons.

Ducey concluded his statement by thanking key members of the state legislature who worked to get the bill passed and stated, “Here in Arizona, we’re going to continue to be leaders on civics education and teach important lessons about our nation’s history.”

Last week, Ducey signed House Bill 2898 into law which states that schools can be fined up to $5,000 for teaching students that one race, ethnic group, or sex is superior to another and should therefore be discriminated against on that basis.

“We should be focused on bringing people together, not pushing people apart,” said state Rep. Michelle Udall (R-AZ). “Critical race theory will do nothing but increase divisiveness in our communities, which I think we can all agree we should try to prevent.”

Several other states including Texas, Alabama, Tennessee, Oklahoma, and Florida, have passed similar measures regarding the teaching of critical race theory in schools.