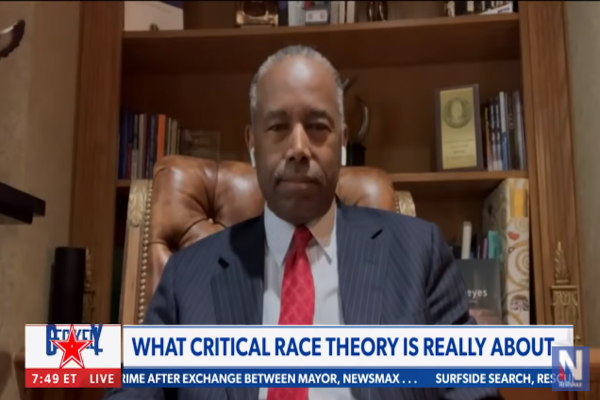 Carson told Newsmax TV’s “Wake Up America” that Critical Race Theory was “an attempt to use race as a mechanism for redefining our society.” He warned the teaching could divide the American people and thus destroy the country from within.

“It’s an attempt to use race as a mechanism for redefining our society — redefining what it was based on and how it impacts everybody, and it wants our people to believe that your race is the most critical determinant of who you are and what happens to you in our society. In other words, it’s a bunch of garbage,” Carson emphasized.

“You know, the only thing that can really destroy our country — our country is a magnificent place. It can’t be destroyed by Russia or China or Iran or North Korea, but it can be destroyed from within,” he added. “There’s no question about that. That’s what Jesus meant when he said a house divided can’t stand. Lincoln reiterated that. And we need to recognize that we, the American people, are not enemies.”