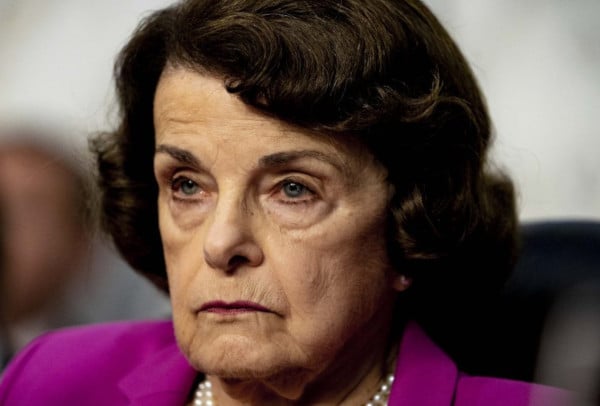 (Gateway Pundit) – Senator Dianne Feinstein (D-CA) is demanding Nancy Pelosi deliver the articles of impeachment to the Senate, but the Speaker is digging in her heels and won’t let go.

Fox News reported that Pelosi told colleagues in a letter that she will not give the articles of impeachment to the Senate unless McConnell ‘immediately publishes’ his resolution and accused the Senate Majority Leader of making “misleading claims” about the Clinton impeachment to justify his strategy.

“Sadly, Leader McConnell has made clear that his loyalty is to the President and not the Constitution,” Pelosi wrote. “Leader McConnell has insisted that the approach under consideration is identical to those of the Clinton trial and that ‘fair is fair.’ This is simply not true.”

Senate Majority Leader Mitch McConnell said on Tuesday that the Senate has the votes to move forward with phase one of the impeachment trial.

“Fifty-one senators determine what we do and there will be, I’m sure, intense discussion, once we get past phase one, about the whole witness issue,” McConnell said, while also insisting that the Senate first receive the articles from the House.

It’s getting so bad that even Feinstein is demanding Pelosi stop delaying and just hand over the articles of impeachment.

“If we’re going to do it, she should send them over,” Feinstein said. “I don’t see what good delay does.”

“If we’re going to do it, she should send them over,” the California Democrat said. “I don’t see what good delay does.”

On Monday Senator Josh Hawley (R-MO) came through on his promise and introduced a resolution to allow dismissal of the “bogus impeachment” against President Trump.

The resolution gives Speaker Pelosi 25 days from the day the articles were adopted to turn over the articles of impeachment or face dismissal of the charges.

That means Pelosi has until Sunday January 12th to turn over the documents.