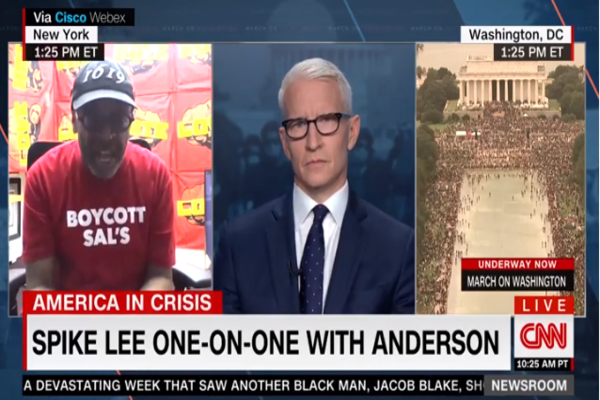 (breitbart) – Director Spike Lee expressed concerns that if the presidential election is close in November, President Donald Trump will not leave, causing Lee to wonder if the U.S. could be headed to civil war during an interview with CNN’s Anderson Cooper on Friday.

Lee said, “From the very first person that died for this country, Crispus Attucks, in the Boston massacre, the very first person died for this country was a Black man. We have been fighting, putting our lives on the line for every single war for the promise to be recognized as human beings and full citizenship. Here we are in this dreadful year 2020, and Black and brown people, Black and brown trans people, are being shot down like animals. Like it’s all right. And this guy in the White House and what he’s done and what this just level of hate, Anderson, it’s heartbreaking. ”

He continued, “I pray to God this guy is out November 3rd. Also, I like to bring this up. I think you talked about this, too. I have — I think there’s going to be shenanigans, some skulduggery if he loses, particularly in a close vote, he might not want to leave. They say law and order. Later for that. Anderson, are we coming a civil war – the next civil war in the United States of America? I ask you that question.”

He added, “I can’t have a restful sleep. I mean, run of black and brown people being murdered, shot down for no other reason because of their skin.”