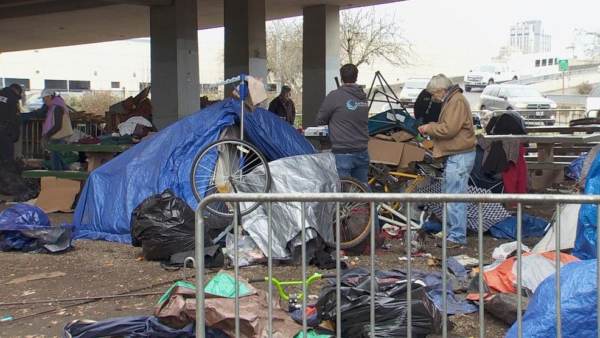 (Gateway Pundit) – A very disturbing video was posted on Twitter this weekend.

A homeowner in Los Angeles claims the local government is preventing him from removing a homeless encampment from his property.

According to local Democrats there is no such thing as private property.

The validity of this video was not confirmed.

However, this is not an isolated incident.

This is complete communism.

You no longer have the right to own private property.

Elect Democrats and lose all of your rights.