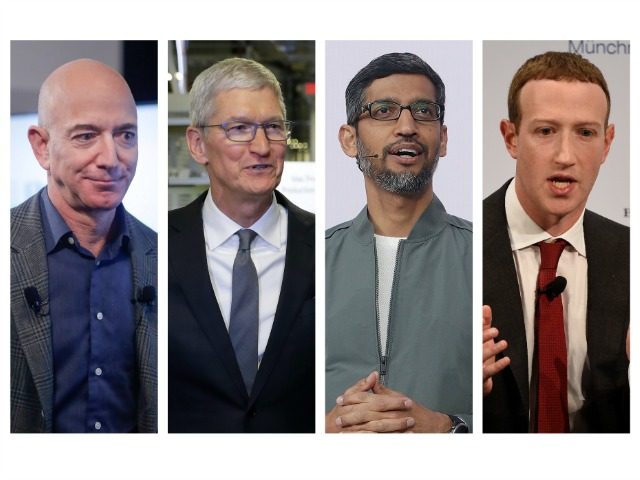 “If Congress doesn’t bring fairness to Big Tech, which they should have done years ago, I will do it myself with Executive Orders,” Trump wrote on Twitter. “In Washington, it has been ALL TALK and NO ACTION for years, and the people of our Country are sick and tired of it!”

The president spoke as Amazon, Facebook, Google, and Apple executives began testifying digitally at the House Judiciary Committee on Wednesday about the power of online platforms and censorship issues.

The Department of Commerce filed a petition to the Federal Communications Commission on Wednesday, challenging the regulation of large Silicon Valley social media companies.

In May, President Trump signed an executive order to check social media companies for censoring conservatives online. He said:

They’ve had unchecked power to censor, restrict, edit, shape, hide, alter virtually any form of communication between private citizens and large public audiences. There’s no precedent in American history for so small a number of corporations to control so large a sphere of human interaction.