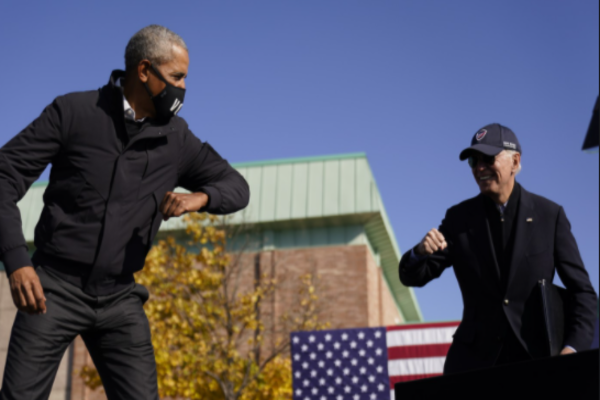 (foxnews) – Former President Barack Obama, known by the public as a reserved statesman who notably avoided using his successor’s name for years, reportedly called former President Donald Trump a “f—ing lunatic,” a “madman” and a “corrupt motherf—-er” behind closed doors, according to a new book.

During the Republican primaries in 2016, Obama privately said he would prefer a Trump presidency over Sen. Ted Cruz, R-Texas, according to “Battle for the Soul,” written by Edward-Isaac Dovere. Dovere is a staff writer for The Atlantic and former Chief Washington Correspondent for Politico.

Dovere writes that Obama remarked that Cruz was smart and would know how to make change in Washington, D.C., where he believed a Trump presidency would just be a “mess.”

After Trump came into office, Obama purportedly grew more frustrated. Upon learning of reports that Trump had offered his private cell phone number to world leaders, seeking to talk directly and without aides on the line, Obama remarked, “That corrupt motherf—er,” Dovere claims.

Obama would often dunk on his successor in calls with donors for his foundations who were eager to hear it. “He’s a madman,” Obama would sometimes say, according to the book. “I didn’t think it would be this bad,” he might offer. “I didn’t think we’d have a racist, sexist pig.”

“That f—ing lunatic,” he was also known to say, according to the book.

Obama wasn’t the only one whose congeniality wore thin when the cameras were off, Dovere claims.

First Lady Jill Biden reportedly used vulgar language against one of her own, when Vice President Kamala Harris came for her husband on the campaign trail.

“With what he cares about, what he fights for, what he’s committed to, you get up there and call him a racist without basis?” Jill Biden reportedly said of Harris on a phone call with close supporters when Harris attacked Biden’s record on busing and work with segregationist senators. “Go f— yourself.”