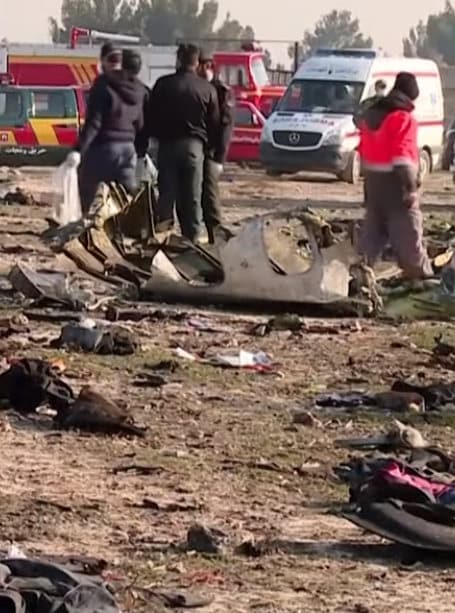 (Gateway Pundit) – The first footage was released of Iranian officials at the crash site of the Ukrainian plane that killed at least 170 people.

This comes on the same night that Iran fired a dozen missiles at US bases in Iraq.

Al Hadath: Preliminary images of the Ukrainian plane suspected of being hit by an Iranian missile.

Al Hadath: The speed data of the Ukrainian plane suddenly stopped which means it exploded.

Al Hadath: New footage of the Ukrainian plane crashing near Tehran airport and believed to have been hit by an Iranian missile.

Video is circulating of the Ukrainian flight before it went down.

UPDATE: Iran Refuses to Turn Over Black Box from Downed Ukrainian Plane — Airline Officials Say There Was Nothing Wrong with Plane Before Takeoff

Iran refuses to turn over the black box from the downed plane.

Iran will not give the black box of the crashed Ukrainian airliner to planemaker Boeing, the head of Tehran’s civil aviation organization was quoted as saying on Wednesday. Ali Abedzadeh also said it was not clear which country Iran would send the box to so that its data could be analyzed, semi-official Mehr news agency reported.

Ukrainian officials say the Boeing 737-800 involved in the crash is one of the best planes in the Ukrainian fleet.

And Ukraine dropped their initial reference that engine failure took down the plane.