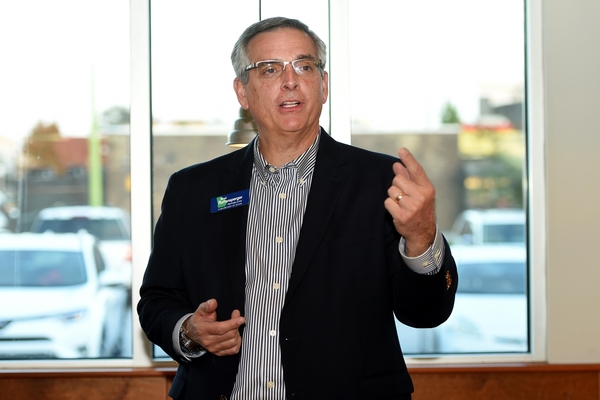 “Making sure Georgia’s voter rolls are up to date is key to ensuring the integrity of our elections,” Raffensperger said in a statement. “That is why I fought and beat Stacey Abrams in court in 2019 to remove nearly 300,000 obsolete voter files before the November election, and will do so again this year. Bottom line, there is no legitimate reason to keep ineligible voters on the rolls.”

The more than 100,000 voter files set to be removed include 67,286 voter files linked to a National Change of Address form submitted to the U.S. Postal Service; 34,227 voter files that had election mail returned to sender; and nearly 300 that had no contact with elections official for two general elections.

Raffensperger’s office touted the cleanup as “the first major cleaning of the voter rolls since 2019.”

“These people don’t live in Georgia anymore. Then you have 18,000 people who passed. So they are not going to be voting anymore. You need to have accurate voter rolls and proper list maintenance. It also helps your county election directors,” Raffensperger told Atlanta’s WSB-TV.

Officials say the periodic voter roll cleanup is required by law, according to WSB-TV. Raffensberger’s office also published a list of all 101,789 names and gave Georgians 40 days to take action if their name is wrongly included.

Earlier this year, Georgia was embroiled in controversy over state Republicans’ new election law that requires stricter identity verification for absentee ballots, legalizes ballot drop boxes and shrinks the window for absentee ballots to be requested, among other provisions.

Before that, Raffensperger and former President Trump were at odds over Trump’s loss in Georgia. Now, Trump is endorsing a bid by Rep. Jody Hice to oust Raffensperger in next year’s Republican primary