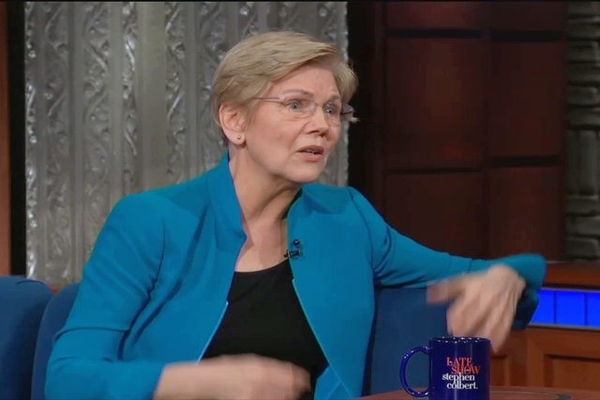 (breitbart) – Sen. Elizabeth Warren (D-MA) called the U.S. Supreme Court “an extremist United States Supreme Court,” and claimed they “gutted the voting rights act” of 1965, which opened the door to stop black people, Hispanics, and other minorities from voting.

“When Dr. King spoke [in 1957], it was truly the case that because of restrictive state laws, that, principally, African Americans were denied the opportunity to vote,” Warren told CBS’ left-wing late-night host Stephen Colbert during a recent appearance on The Late Show. “Then in mid 1960’s passed the Voting Rights Act.”

“And voting increased over time — but then, an extremist United States Supreme Court a few years ago gutted the Voting Rights Act. That all by itself just opened the door to restricting voting,” the senator claimed.

Warren went on to accuse former President Donald Trump of taking “millions of people down the dark hole of the big lie.”

Democrats are accusing the Supreme Court of undercutting the Voting Rights Act after it voted last year to uphold the legality of a ballot harvesting ban in Arizona.

The Arizona law invalidates ballots cast in the wrong precinct and criminalizes ballot harvesting by third parties or political campaigns. But Democrats, including President Joe Biden, have been reacting to election integrity laws by condemning them as racist.

During her Monday appearance on The Late Show, Warren also suggested that the filibuster is racist, and that she wants to “get rid” of it — to which Colbert responded by suggesting that the U.S. Senate be abolished entirely.