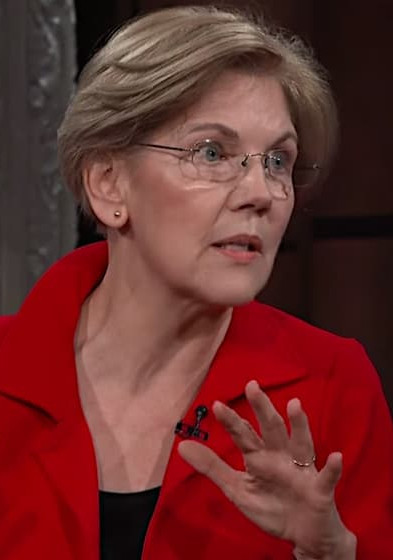 (Breitbart) – Democrat presidential candidate Sen. Elizabeth Warren’s (D-MA) son-in-law, with whom she is close, has troubling ties to the Iranian regime, according to a new book by Peter Schweizer.

The book, Profiles in Corruption, reveals progressive leaders’ little-known ties to corrupt businesses and governments and discusses the Massachusetts senator in a chapter.

The chapter details the business deals of Warren’s son-in-law, Sushil Tyagi, who is married to her daughter, Amelia. Tyagi was born in India but moved to the United States, where he met Amelia while they were both pursuing MBAs at Wharton Business School.

Warren and Tyagi are close. She attended his brother’s wedding in India, recounting it in her memoir. She and her husband Bruce Mann in December 2009 served as witnesses for a power of attorney corporate document he filed in India.

Since his marriage into the Warren family, Tyagi “has been involved in a series of curious—even troubling—business ventures around the world,” Schweizer writes.

Tyagi runs Tricolor Films, and in 2008, produced a film called The Song of Sparrows, directed by Iranian filmmaker Majid Majidi.

The film was described as Majidi’s “most religious” and is about a man who is fired from his job on an ostrich farm, moves to the big city and becomes a motorcycle taxi driver, and soon becomes consumed with his passengers’ lives and is swept up in a world of greed. It is his family that help him restore his “caring and generous nature,” according to a film synopsis.

Tyagi was listed as the film’s sole producer on a New York Times page, in credits which have now been deleted. A look back at the page’s archive revealed that the film was funded by the Iranian government agency that is overseen by Iranian propagandists.

The full credits of the film, for some reason, seem to also have been scrubbed from the internet. We obtained a copy by using the Wayback machine and made a startling discovery: the movie’s chief investors included none other than the social deputy of the State Welfare Organization (SWO) of Iran (SWO-“معاونت اجتماعی سازمان بهزیستی کشور”) as well as the Cultural and Artistic Organization of Tehran. (“سازمان فرهنگی و هنری شهرداری تهران”) These two investors in the film might appear at first glance to be innocuous cultural organizations—but they are not. Both are funded and controlled by the Islamist Iranian government. The Cultural and Artistic Organization of Tehran states: “This organization was founded in 1996 and [does] its activities under the supervision of a board of trustees composed of various cultural institutions such as IRIB and Islamic propaganda organization.”

The Cultural and Artistic Organization of Tehran’s page promotes cultural events such as one for school children entitled “The Seal of Hostages,” attended by several top Iranian officials, according to the book.

Another event is the inherently antisemitic Quds Day on the last day of Ramadan. The organization also arranges marches, as well as organizes posters and other materials, for Quds Day. Its site says, “A new plan for the destruction of Israel will be launched, and the Quds Cultural Radio station will be located at the Radio Station. Also, the ‘I love the fight against Israel’ is distributed among the people.”

He writes Tyagi’s The Song of Sparrows has film credits that read like “who’s who of prominent Iranian government institutions.” For example, there is a thank-you to the “Iranian Revolutionary Guards Air Force.”

This was during a time of heightened U.S.-Iran tensions, when Washington had accused Iran of assisting in the killing of five American soldiers based in Iraq, and the then-Iranian President Mahmoud Ahmadinejad had repeatedly threatened that the United States, which he declared a “satanic power,” and warned that Israel would disappear from the face of the earth.

Tyagi also produced another film by Majid Majidi, but even less information is available about this film, Schweizer writes.

According to the book, a now deleted Web page describes Tyagi’s production company this way:

Leveraging their relationships with studio executives, access to top creative talent, and the high-level support that they enjoy from numerous foreign governments, this Los Angeles–based production company is developing a number of major international-themed projects for feature films, television, and interactive media.

“It is not known what foreign governments those might involve beyond Iran. Why the website was shut down is also unknown,” the book says.