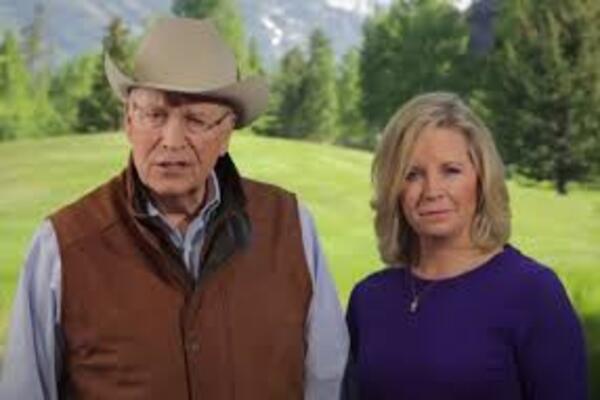 (breitbart) – The establishment media downplayed Rep. Liz Cheney’s (R-WY) chances of reelection Tuesday after months of hyping the pro-impeachment Republican who is vice chair of the partisan January 6 Committee.

Cheney’s chances of winning Tuesday’s primary against Trump-endorsed Harriet Hageman are slim. Cheney is losing in the polls by 30 points, 28 points, and 22 points. Among likely Republican voters, Cheney is losing by 57 points.

The establishment media have apparently read the polls and have recognized Cheney’s time as a member of Congress is coming to a close. In the past few days, the media have written several articles minimizing expectations that Cheney could retain her seat:

The media’s focus on Cheney comes after she was removed in May of 2021 from the number three position within the House Republican caucus by a vote of no confidence. Months earlier, Cheney had voted with nine other Republicans to impeach former President Donald Trump. The GOP caucus swiftly replaced Cheney with Rep. Elise Stefanik (R-NY). “It makes me really sad and it makes me really angry” when she hears a “mere mention” of McCarthy and Stefanik, Cheney admitted to the Atlantic’s Leibovich.

One month later, Cheney accepted the vice chair on Rep. Nancy Pelosi’s (D-CA) January 6 Committee. “The announcement effectively made Ms. Cheney the committee’s second-ranking member, an unusual move for the majority party in the House, which typically grants that position to one of its own,” the Times reported. “But her appointment has been a break with convention from the start.”

Cheney’s alliance with Democrats began to deteriorate her political position at home. The Wyoming Republican Party voted in November of 2021 to no longer recognize Cheney as a Republican. “Liz Cheney stopped recognizing what Wyomingites care about a long time ago. When she launched her war against President Trump, she completely broke with where we are as a state,” Hageman told the Casper Star-Tribune.

As the GOP primary approached, Cheney took bolder steps to remain in the limelight on the committee. The media cheered her efforts. “Liz Cheney of Wyoming, the onetime Republican leader ousted from her post and pushed to the sidelines by her own party for bluntly condemning former President Donald J. Trump’s false election claims, has re-emerged as a force on Capitol Hill,” the Times wrote, “this time as one of the most active and aggressive members of the special committee investigating the Jan. 6 attack.”

The media’s approval of Cheney seemed to coincide with her downward polling in Wyoming, which Trump won in 2020 by nearly 70 percent. In May, a Club for Growth poll found Cheney was losing by 30 points. Two more July polls confirmed Cheney was in big trouble against Hageman.

But the establishment media continued to praise Cheney throughout the summer:

The Wyoming Republican has not only embraced her role as a leading figure in Congress’s expansive examination of the Jan. 6, 2021, riot, she’s also assumed the GOP face of the anti-Trump movement in the process — a high-stakes gamble that’s made her both a pariah within her conference and a hero to those national Republicans fighting to steer the party away from the influence of former President Trump.

According to PredictIt odds, Cheney only has a 3-cent-on-the-dollar chance of retaining her seat on Tuesday. Harriet’s chances of winning the seat are 87 cents on the dollar.