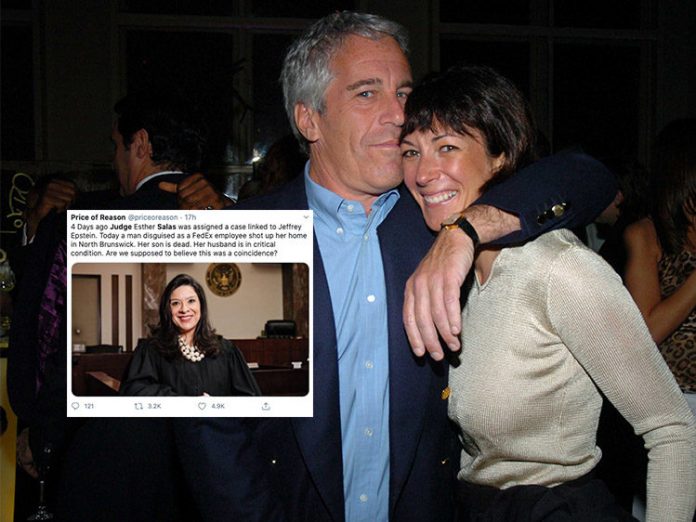 (Gateway Pundit) – The 20-year-old son of US District Judge of New Jersey, Esther Salas, an Obama appointee, was shot dead Sunday night and her husband was critically injured by a gunman posing as a FedEx driver.

According to reports, Salas’s son Daniel Anderl opened the door when the the gunman, dressed as a FedEx driver, opened fire on their North Brunswick home Sunday evening around 5 PM.

The judge’s husband, Mark Anderl, 63, a criminal defense attorney was standing behind his son when he opened the door and is in critical condition in a hospital.

The Judge was reportedly in her basement at the time of the shooting and unharmed, according to law enforcement officials.

Salas’s son Daniel was her only son and a freshman at Catholic University in Washington DC.

On Monday the suspect allegedly behind the attack on the Salas home was found dead.

He died from a self-inflicted gunshot wound.

The suspect in a shooting at the New Brunswick, N.J., home of federal judge Esther Salas has been found dead of a self-inflicted gunshot wound, according to multiple reports…

The suspected shooter was an attorney who argued a case before Salas in 2015, ABC reported. It is not yet clear what the case concerned or what the specific motive of the gunman was.

The gunman arrived at Salas’s house dressed as a FedEx delivery person.

“We are aware of the media reports and are fully cooperating with investigating authorities,” a spokesman for FedEx told CNN.

New Brunswick mayor Francis “Mac” Womack told reporters on Sunday that he was not aware of any recent threats to Salas.