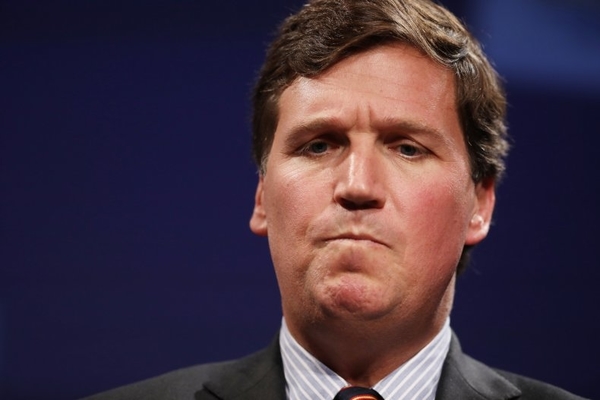 (breitbart) – Monday, FNC’s Tucker Carlson accused the National Security Agency (NSA) of spying on him and claimed a whistleblower had given him evidence to back up that claim.

On Tuesday, the NSA responded to Carlson. They claimed Carlson was not a target and his claim the NSA was trying to “take his program off the air” was false in a post to social media.

On his Tuesday broadcast, Carlson told viewers that the NSA would not deny it had intercepted his electronic communications in both their press statement and in direct contact with the agency.

CARLSON: Last night, we told you about the Biden administration’s efforts to monitor and intimidate this show. On Sunday, we heard from a whistleblower within the U.S. government, someone with direct knowledge who warned us that the NSA was reading our electronic communications, our emails and texts and was planning to leak them selectively in an effort to hurt us.

This person had details from my emails that no one outside the recipient could have known, so it was not a delusion, it was entirely real. In fact, it was confirmed.

After the show last night, after we announced this, other news organizations acted as if it’s totally normal for heavily politicized Intel Agencies to spy on and threaten journalists they disagree with. It’s no big deal, stop whining.

But it is a big deal. It is completely wrong, not to mention illegal, and this is hardly the first time the so-called Intelligence Community has done something like this. They’ve done an awful lot of it. Look it up.

If we let them continue to do it, it’s the end of democracy. Democracy can’t function with semi-independent highly politicized Intel Agencies. It’s really dangerous.

For its part, the Biden administration just ignored the story. They did not deny the story, they can’t, they know that it’s true. Today, the President’s flak was asked about it on Air Force One. Here is the exchange.

REPORTER: Tucker Carlson said that the NSA is spying on him. Is the administration aware of any espionage or listening efforts on U.S. citizens by the NSA? And is Tucker Carlson one of them?

JEN PSAKI, WHITE HOUSE PRESS SECRETARY: Well, the NSA, as I think you’re well aware I’m sure everyone’s aware, everyone on this plane is aware I should say is an entity that focuses on foreign threats and individuals who are attempting to do us harm on foreign soil, so that is their purview, but beyond that I would point you to the Intelligence Community.

CARLSON: It’s like she is reading a Wikipedia entry. Ask them.

But here’s what to notice, no denial. Of course, she is right that the NSA is chartered to spy on foreigners, not on Americans. That’s illegal, and yet the NSA does routinely spy on Americans — it won’t call it spying, that’s exactly what it is — millions of Americans, and sometimes it does it for political reasons and everyone knows this. Everyone including sitting members of the Intel Committee, some of them are paranoid about their own communications. That’s true.

In Washington, this is just considered fine, but it’s not fine. It is dangerous and it is wrong. Some faceless hack in a powerful government spy agency decides he doesn’t like what you think, so he is going to hurt you and there’s nothing you can do about it. That could happen to you.

And when it does happen trust us, NBC News will call you a delusional QAnon conspiracy theorist for complaining about it.

Well, this morning, we decided to just call Paul Nakasone directly. He is the highly political left-wing four-star general who runs the NSA The receptionist refused to put us through. We’re American citizens though, so we kept trying because it’s our right.

This afternoon we got his direct line and we tried again. Nakasone’s assistant seemed shocked that someone whose e-mail, the NSA is reading would dare to call the Director himself. Shut up, serf. Obey.

So they told us Nakasone just wasn’t there. Then just minutes before air tonight, the NSA sent us an infuriatingly dishonest formal statement, an entire paragraph of lies written purely for the benefit of the Intel Communities lackeys at CNN and MSNBC, all those people they hire with the titles on the screen.

They also tweeted out a few minutes ago.

Now, last night on the show, we made a very straightforward claim, NSA has read my private e-mails without my permission. Period. That’s what we said.

Tonight’s statement from the NSA does not deny that, instead it comes with this non-sequitur in part quote, “Tucker Carlson has never been an intelligence target of the agency.” Okay, glad to know.

But the question remains, did the Biden administration read my personal emails? That’s the question that we asked directly to NSA officials when we spoke to them about 20 minutes ago in a very heated conversation. Did you read my emails? And again, they refused to say, again and again, and then they refused even to explain why they couldn’t answer that simple question. We can’t tell you and we won’t tell you why we can’t tell you.

My emails and the message was clear, we can do whatever we want. We can read your personal text, we can read your personal e-mails, we can send veiled threats your way to brush you back if we don’t like your politics. We can do anything. We’re our own country and there’s literally nothing you can do about it. We’re in charge, you’re not.

Orwellian does not begin to describe the experience. It was like living in China, but we should get used to it. Now that the Biden administration has classified tens of millions of patriotic Americans, the kind who served in the military and fly flags in front of their homes as potential domestic terrorists, white supremacist saboteurs, we’re going to see a whole lot more of this kind of thing, a whole lot more.