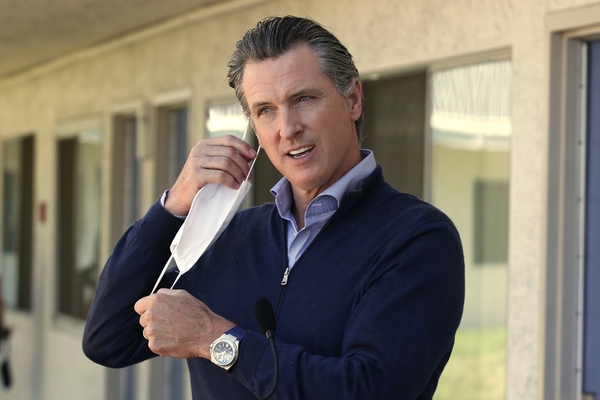 (breitbart) – As millions of Californians endure another coronavirus stay-at-home order, Gov. Gavin Newsom (D) has reportedly decided to exempt the state’s signature industry from his lockdown mandate, allowing film and TV shoots to continue. The decision not only affects celebrities but also the thousands of blue-collar crew members who light the sets, transport the scenery, and keep everyone fed.

Deadline reported that the governor’s latest order doesn’t apply to the entertainment production industry, which is on the list of essential work and is thus exempt from the rule.

Gov. Newsom’s order requires the vast majority of the state to stop all non-essential work, travel, and gatherings between 10 p.m. and 5 a.m. every day through December 21. The order affects Californians in “purple-tier” counties, where coronavirus cases are rising the fastest.

Movie and TV shoots remain big business in California, employing thousands of people each year, the vast majority of whom are so-called “below-the-line” — crew members who toil long hours behind the scenes. They include camera operators, sound engineers, electricians, carpenters, truck drivers, makeup artists, and caterers.

Many shoots take place at night and require crews to work before and after the actors have shot their scenes.

The state’s production industry employs tens of thousands of crew members, according to data from the California Film Commission. It also helps keep ancillary businesses thriving, such as local restaurants, hotels, and various suppliers.

During California’s first shut-down in March, all movie and TV production came to a halt and remained dormant for several months, throwing thousands of people out of work and dealing a blow to the state’s economy. Production has gradually resumed around the state, with strict coronavirus guidelines including masks and social distancing

The California lockdown comes as Gov. Newsom continues to deal with fallout for attending a party at the exclusive French Laundry restaurant in Napa where guests failed to wear masks or practice social distancing, in direct contradiction of the governor’s own recommendations.