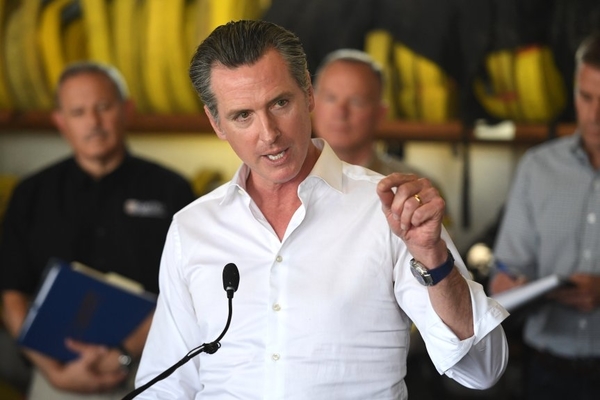 (breitbart) – Thursday on FNC’s “Fox & Friends,” House Minority Leader Kevin McCarthy (R-CA) called out his fellow Californian, Gov. Gavin Newsom (D-CA), and others who have instituted strict COVID-19 regulations but were not adhering to them.

McCarthy likened the behavior of those elected officials to what you see in socialist countries.

“These double standards are despicable,” he said. “I mean, if every restaurant in California would just change their name to the French Laundry, I guess it would be OK because you have them — the Mayor of San Francisco, she was at the French Laundry. The governor, he’s at the French Laundry with no mask sitting next to the medical lobbyist for association. It’s OK if you’re one of these elite Democrats that dictate what you can do in your life, but not within their own, they can do whatever they want.”

“Or maybe the Mayor of Austin that — that films — that you should not leave while he’s sitting in Cancun,” McCarthy continued. “This is what makes America so mad. These are our Democratic leaders that think they are above everyone else and can tell us what to do. But again, they can do whatever they want. We have only seen this in these socialist countries of these elitists. Instead of understanding, what do the workers need, what do those who are being harmed so much, what about those children who can’t be in school, that we could have resources to protect them, to help those who are unemployed, to help those small businesses? I was a small business owner. I know what it’s like to have a dream, but to have government crush you in every aspect, that’s just despicable.”