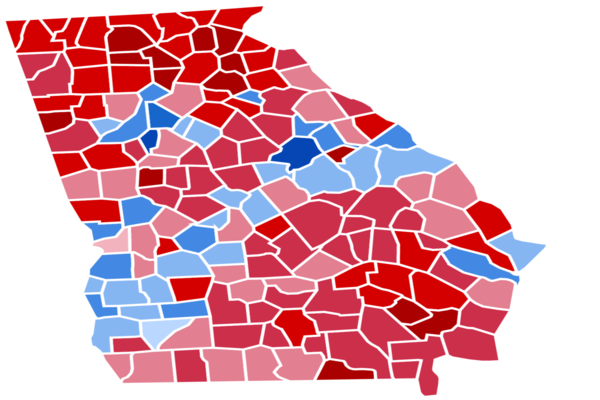 The group, which represents “over 1500 traditional rabbis in matters of public policy,” also accused liberal Jews from the Jewish Democratic Council of America (JDCA) of trying to “whitewash” Warnock’s views by circulating a petition claiming that he was the victim of “baseless claims and attacks.”

In a letter to the JDCA, whose signatories included two rabbis from Georgia, the Coalition addressed a recent JDCA meeting at which Warnock had been given an opportunity to explain his views to the Jewish community.

The traditional rabbis said that they were “concerned and hurt by the manner in which the Reverend brushed aside his past rhetoric against Israel and the Jewish community, and even blamed his opponents for ‘trying to use Israel as yet another wedge issue.’”

While the rabbis welcomed Warnock’s statement that he does not consider Israel an “apartheid state,” they pointed out that he had signed a letter making that accusation just last year.

In addition, the rabbis expressed concern about Warnock’s rhetoric in sermons at the Ebenezer Baptist Church. In one sermon from 2018, for example, Warnock said that Israel was shooting “unarmed” Palestinians like “birds of prey.” The rabbis said that Warnock’s attempt to brush of the criticism was unacceptable:

He then said, “I’m a pastor. I preach every Sunday. I preach a lot of sermons. And I think that as I recall that sermon, I was speaking to the issue of activists and human rights and the ability of people to be heard.”

This non-answer is frightening. How was speaking about human rights and being heard relevant to his claim that “we saw the government of Israel shoot down unarmed Palestinian sisters and brothers like birds of prey?”

We must say this openly: Rev. Warnock misused his pulpit to bear false witness. He saw no such thing, because it never happened. Each and every element of his statement was false, defamatory, and bigoted.

In a press statement, the Republican Jewish Coalition (RJC) thanked the rabbis for speaking out.

RJC executive director Matt Brooks said: “We applaud and thank Rabbi Ilan Feldman of Atlanta and Rabbi Avigdor Slatus of Savannah for honestly and fearlessly speaking out about the antisemitic statements of Senate candidate Raphael Warnock. … Their voices should be heard, and their concerns should be taken seriously by every Georgia voter.”

Joel B. Pollak is Senior Editor-at-Large at Breitbart News and the host of Breitbart News Sunday on Sirius XM Patriot on Sunday evenings from 7 p.m. to 10 p.m. ET (4 p.m. to 7 p.m. PT). His newest e-book is Neither Free nor Fair: The 2020 U.S. Presidential Election. His recent book, RED NOVEMBER, tells the story of the 2020 Democratic presidential primary from a conservative perspective. He is a winner of the 2018 Robert Novak Journalism Alumni Fellowship. Follow him on Twitter at @joelpollak.