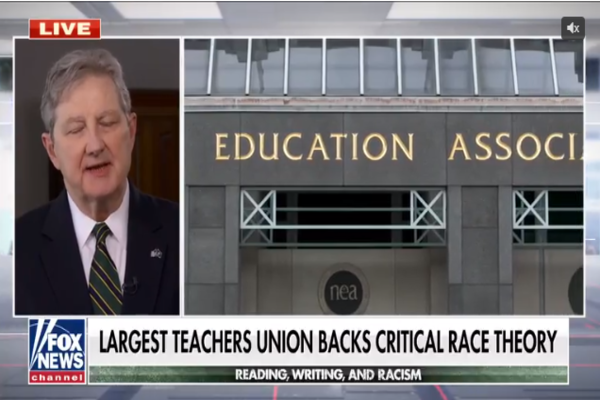 Kennedy called the curriculum a “fairy tale,” which he lamented is being promoted by not only many Democrats but also President Joe Biden and his administration.

“In my judgment, Critical Race Theory is cynical, ahistorical, sophomoric, insipid and dumb as a bag of hair,” he concluded.