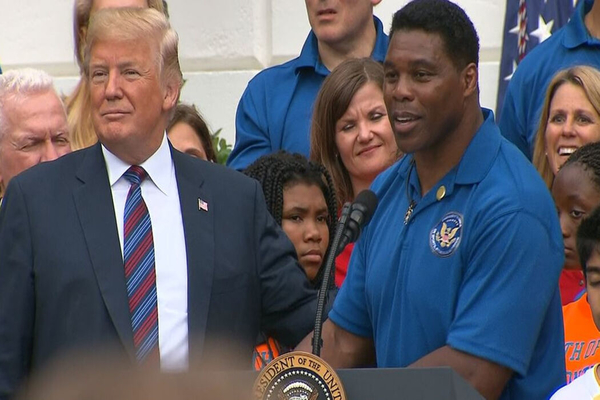 34N22, the pro-Walker super PAC, conducted a poll showing the former football star with a ten-point lead over the far-left incumbent. The polling model showed Walker with 51.4 percent to Warnock’s 41 percent.

The poll also showed President Joe Biden and the Democrat senate with similar job approval numbers in the state, both underwater. Biden’s approval as president showed him only a 43.8 percent approval and a 52.4 percent disapproval.

On the other hand, Warnock has a job approval rating of 45.2 percent as a senator and only 41.6 percent approval. 34N22 pointed out that the numbers are “devastating” for the Warnock campaign since he spent more than $7 million on positive advertising on television since January.

When the respondents were informed about Warnock’s voting record and public positions, he took on legislation that was the “direct opposition” to the interests of Georgians, such as issuing messages related to crime, inflation, and other economic conditions the Republicans extended his lead.

“Georgia voters had a net movement of +21% towards Herschel Walker after hearing the issue they cared about most,” the memo from 34N22 claimed.

Following the messaging, 62.8 percent of the respondents said they would vote for Walker. In comparison, support for Warnock when down to 31.5 percent.

“Our polling makes clear what the majority of Georgia voters are feeling: there is serious buyer’s remorse for Raphael Warnock,” said 34N22 spokesperson Stephen Lawson. “Warnock has voted in lock step with Biden’s disastrous agenda that’s led to skyrocketing inflation, record gas prices, a crisis at the southern border, and rampant crime in our cities.”

“Georgia voters want an outsider, successful job creator, and proven leader who can unite our state,’ Lawson added. “Which is why Herschel Walker has such a commanding lead in this race and is in prime position to become Georgia’s next United States Senator.”

The poll was conducted for 34N22 between April 3 and 16, where they asked 2,500 registered voters in Georgia. The poll noted that it was modeled after a “micro-targeting survey across the entire Georgia voter file of 7.65 million voters.” There was also a margin of error of plus or minus 1.96 percent.