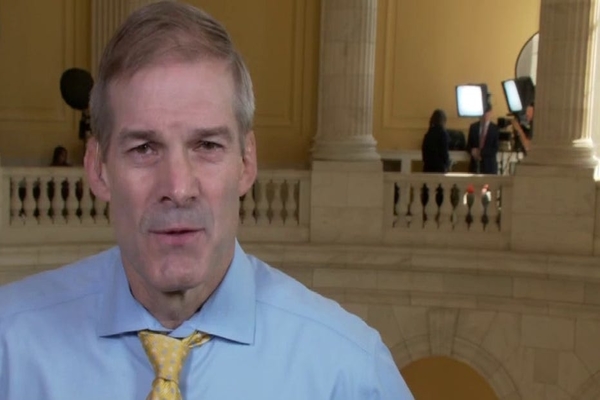 (breitbart) – Rep. Jim Jordan (R-OH), the top Republican on the House Judiciary Committee, sent notices to the Justice Department and FBI on Wednesday effectively previewing investigations into the agencies that the committee plans to conduct should Republicans take the majority.

The notices, first obtained by Breitbart News, were addressed to Attorney General Merrick Garland and FBI Director Christopher Wray and each included an appendix of outstanding requests accumulated over the past year.

The appendices served as de facto lists of items the Justice Department and FBI could expect a Republican-controlled Judiciary Committee to pursue next year, Jordan’s office confirmed to Breitbart News, noting the lists were not exhaustive.

The letter to the Justice Department sought information related to:

The letter to the FBI sought information related to several instances of alleged “politicization and bias” within the FBI, a concern numerous whistleblowers have approached Jordan about this year.

The letter included requests for information about:

Republicans are heavily favored to win the House majority next Tuesday, and Jordan, an oversight hawk who has served on the Judiciary Committee since he joined Congress in 2007, is expected to chair the committee in the likely event that they do win.

From his position as ranking member, Jordan has continuously pursued concerns about the Justice Department and FBI by sending the agencies demanding letters with questions and document requests, but he and his fellow Republicans do not as the minority party have the authority to schedule formal investigations or issue subpoenas.

Jordan has also told Breitbart News in the past that responses to his demands from both Garland and Wray have amounted to “basically nothing. … And if we get something back, it’s usually a pretty cryptic one- or two-paragraph response.”

The letters sent Wednesday functioned as a warning notice to the agency chiefs about Jordan’s investigative plans should he have majority-party authority, emphasizing in them the need for “transparency” and “accountability” at the respective agencies.

Jordan wrote to Garland and Wray to take the letters “as a formal request to preserve all existing and future records and materials” in their possession related to the aforementioned investigation topics.