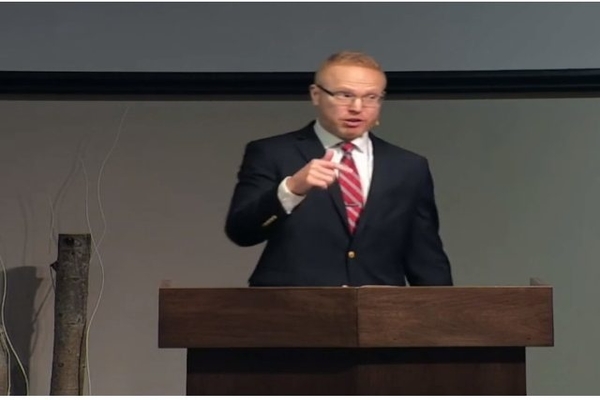 (breitbart) – A Christian pastor from Edmonton, Canada, has been jailed for breaking Alberta’s Public Health Act by continuing to hold church services when ordered to stop.

Rev. James Coates of GraceLife Church of Edmonton turned himself in to police on Tuesday, two days after officials attended his Sunday service to assess compliance with conditions issued to the pastor, police said in a news release Wednesday.

Authorities from Alberta Health Services and the Royal Canadian Mounted Police (RCMP) determined that Pastor Coates “was not complying with his Undertaking release conditions” issued by authorities.

GraceLife has held worship services for three consecutive weeks after it was ordered to close at the end of January because of restrictions related to the coronavirus.

The officers told Coates that he could be released if he promised to discontinue Sunday services, which the pastor refused to do.

Coates’ lawyer James Kitchen told CTV News that his client was willing to go to jail in order to do the “right thing” but “Coates could not, in good conscience,” agree to the cessation of church services.

Coates has been charged with two counts of contravention of the Public Health Act and for failing to comply with a condition of his release.

A spokesman for the Mounties said that the pastor has been given a second court appearance for next Wednesday.

“We’ve been consistent in our approach of escalated levels of enforcement with Pastor Coates, and we were hopeful to resolve this issue in a different manner,” said RCMP Inspector Mike Lokken. “The Pastor’s actions, and the subsequent effects those actions could have on the health and safety of citizens, dictated our response in this situation.”

GraceLife Church was already fined $1,200 in December when authorities determined that attendance at a worship service exceeded the 15 percent of capacity permitted. The following month, officials ordered the church to close.

In a statement, GraceLife laid out its position on government lockdowns and their effectiveness.

“We do not see our actions as perpetuating the longevity of COVID-19 or any other virus that will inevitably come along,” the statement said. “If anything, we see our actions as contributing to its end – the end of destructive lockdowns and the end of the attempt to institutionalize the debilitating fear of viral infections.”

“Our local church is clear evidence that governmental lockdowns are unnecessary,” the statement added. “In fact, it is also evidence of how harmful they are.”