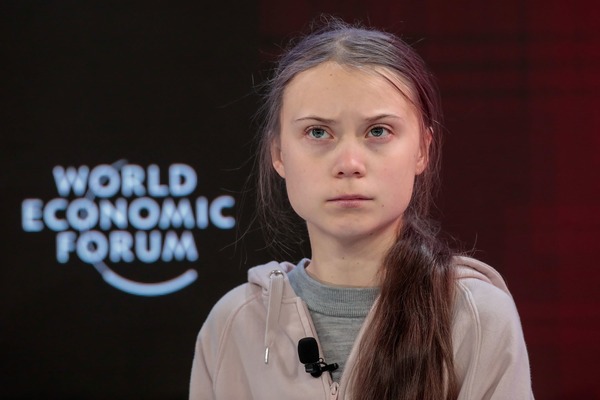 (breitbart) – Greta Thunberg has said that she would like to see Germany continue using its remaining nuclear power plants, despite green agenda-loving politicians in the country rushing to shut them down.

In what is no doubt an unexpected turn of events, infamous climate activist Greta Thunberg has urged for the German government not to retire its nuclear power plants, despite many within the German political elite looking to do so.

Thunberg is a long-time critic of nuclear power, having earlier this year lambasted the EU for allowing nuclear power to be classified as being partly-green within its new energy investment taxonomy.

However, when it comes to Germany’s current dire situation, Thunberg appears to believe that nuclear power could play a role, with the young Swedish activist saying that she would like to see the country’s remaining power stations remain online in the coming year rather than for the country to turn to other forms of energy generation — like coal.

“If they’re already running, I think it would be a mistake to switch them off and turn to coal,” the national newspaper Die Welt reports the teenager as saying.

She is then reported as elaborating that it was ultimately a “bad idea” for coal to be relied upon while nuclear power remains an option.

With this statement, Thunberg has become the latest advocate of green politics to tell the German government that they should axe the plan to retire their nuclear power plant this year, with many from within and outside the EU who otherwise agree with the pushing of climate agenda policies telling Germany to keep the plants on since the start of the Ukraine war.

Despite such outside encouragement, as well as looming economic and social problems that are likely to come about as a result of energy shortages in the country, many German politicians appear to be reticent to actually end the scheme, either openly opposing any postponement of the shutdown or obliquely finding problems with keeping the plants online.

One of these politicians is the country’s climate minister, Robert Habeck, who claimed yesterday that the continued operation of one of the country’s plants, Isar 2, might encounter problems due to it needing repairs.

Blaming “political disagreements” for delaying any attempts to repair the plant up until this point, Habeck now says that there could be issues in keeping this plant alive for operation in 2023, demanding that a plan be put in place to give plant operators “clarity”.

However, Habeck’s own plan, which is to merely keep two of the three remaining plants in reserve, rather than return all three to full operation, has been described as unworkable by those within Germany’s nuclear energy sector

“Sending two of the three running systems to the cold reserve at the turn of the year in order to start them up if necessary is technically not feasible and therefore unsuitable for securing the supply contribution of the systems,” a letter from one energy tsar to government officials regarding Habeck’s plan reportedly read.