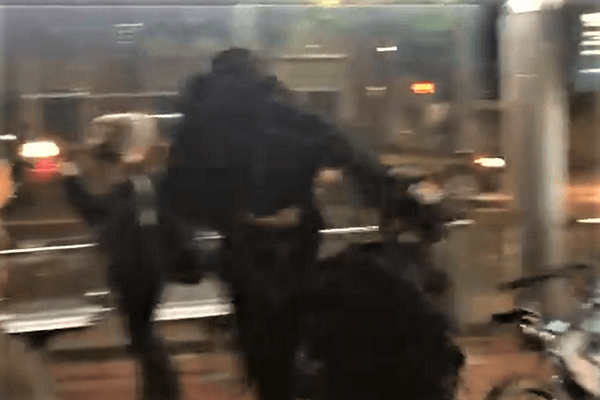 (breitbart) – An Antifa rioter in Portland, Oregon, is under arrest after a videographer captured the moment he sucker-punched a police officer. Other officers quickly jumped on the man to make certain he could not escape.

What her video does not show is the nature of the assault as the rioter unexpectedly punches the officer in the face. Post Millenial’s Katie Daviscourt tweeted a video by Twitter user Darstar showing the attack in slow motion.

As the officer walks through the group of Antifa rioters, one man delivers a punch to the officer’s face without warning. The officer falls to the ground and the man dressed in black bloc jumps on top of him.

A third video, tweeted by Zane Sparling, shows other officers quickly responding to gain control of the scene and place the man under arrest.

Portland Police Bureau officials tweeted a post from The Oregonian showing an extended look at the incident.

Police described the officer as a sergeant. The officers arrested the subject and charged him with multiple felony and misdemeanor crimes, officials stated.

The attack on the officer followed yet another night of unrest in Portland as Antifa vandalized businesses and started fires.