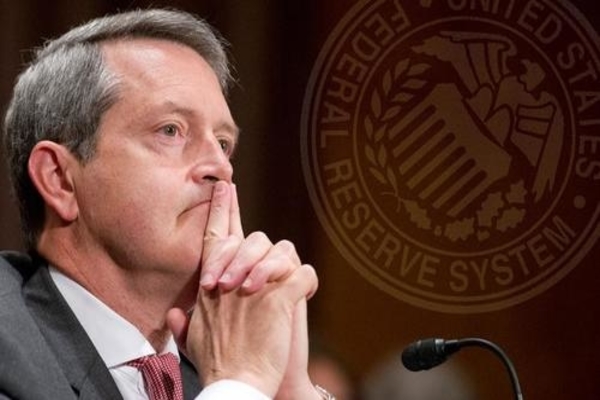 (breitbart) – Federal Reserve governor Randal Quarles said Monday he would resign his position around the end of this year.

That opens up another position that the left hopes Biden will fill with an advocate of woke capitalism. It may also bolster Fed chairman Jerome Powell’s chances of being renominated in the coming weeks.

President Donald Trump appointed Quarles a Fed governor in 2017 to complete a partial term and he was reappointed in 2018 to a tern that would have expired in 2032.

Trump also appointed Quarles to a four year term as the Fed’s vice chairman for bank supervision, a position created by the 2020 Dodd-Frank Act to beef up the central bank’s regulatory and oversight work. That lapsed in mid-October.

Leftwing lawmakers and activists have been critical of Quarles, alleging that he has been soft on banks. They want President Joe Biden to appoint someone who will pursue more stringent requirements on banks and pressure them into adopting leftwing policies on climate change and sex and racial “equity.”

Quarles’s resignation will open up another seat for President Biden to fill on the Fed’s seven-member board of governors.

It may help chair Powell’s chances of being renominated because President Biden can pair Powell with multiple nominations to the board that are more acceptable to his party’s left. Senator Elizabeth Warrren (D-MA) has said she opposes giving Powell a second term.

Biden inherited one open board seat and there will be another when Fed Vice Chairman Richard Clarida’s term expires in January. Chairman Powell’s term expires on January 31.

In a terse, two-sentence letter released by the Fed on Monday, Quarles told President said his resignation was due to the end of his term as vice chairman.

As Vice Chair for Supervision, Quarles oversaw the supervision and regulation the biggest banks in the U.S. Alongside that role, he  has been the Chair of the Financial Stability Board, an international body established by the G20 to globally coordinate bank supervision. His three-year term as FSB Chair ends on December 2.

“In both positions, he played a central role in ensuring the safe operation of both the domestic and international financial systems during the stress of the COVID event,” the Fed said in a statement.