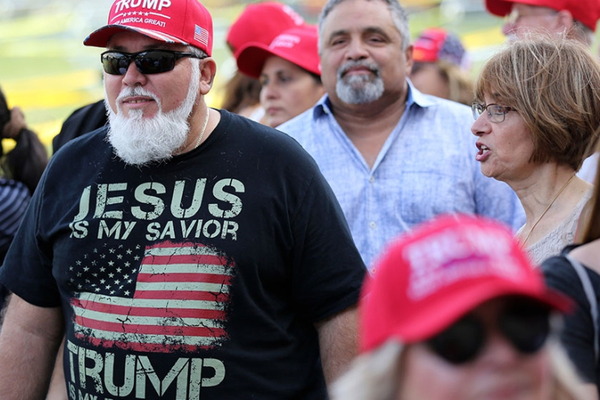 (breitbart) – The Foundation for Individual Rights in Education (FIRE) is calling out the University of Colorado Boulder for violating the First Amendment by punishing a visiting professor who spoke at the “Save America March” on January 6 in Washington DC.

“The First Amendment is clear: A public university cannot cancel a professor’s courses, withdraw his role in organizing campus discussions, and preemptively decline to renew his contract because of public anger over his extramural political expression,” said FIRE in a statement to Breitbart News.

“But that’s exactly what the University of Colorado Boulder did to visiting professor John Eastman after he gave a three-minute speech at then-President Donald Trump’s Jan. 6 rally,” the organization added.

FIRE wrote to CU Boulder on Wednesday explaining that Eastman’s speech did not amount to unlawful incitement within the meaning of the First Amendment.

The organization is now calling on the university to “rescind the unconstitutional sanctions imposed on Eastman.”

FIRE noted that on January 7, CU Boulder “seemed to understand the law,” as the publicly-funded university’s chancellor Philip P. DiStefano cited campus a policy explaining “that the university will not censor a faculty member’s political statements or initiate disciplinary action because it disapproves of them,” in response to demands that the school take punitive action against Eastman.

FIRE added that DiStefano went on to say that the policy “stems from the First Amendment,” adding, “I will not violate the law by removing a visiting professor.”

But on January 10, amid mounting backlash by the public, Eastman was notified that his classes were canceled, his responsibilities were rescinded, and his contract would not be renewed, according to FIRE.

The professor was also forbidden to engage in outreach on behalf of the Benson Center or use campus resources for those purposes, lest he be charged with “insubordination.”

“The university’s rationales for punishing professor Eastman are fundamentally at odds with the basic principles of free expression,” wrote FIRE’s Adam Steinbaugh in the letter to CU Boulder.

“If donor interests, public anger, reputation, or administrators’ ire are sufficient to grant the institution the authority to punish members of its faculty, then only speech popular with donors, the public, and administrators is protected. This inverts the purpose of the First Amendment,” he continued.

“Punishing a professor for his protected political speech — including speech that others believe to be wrong or deeply offensive — is the antithesis of the First Amendment’s core aim,” Steinbaugh added.

Eastman had also fallen under fire at Chapman University in Orange, California, where 150 faculty members demanded that the school fire the professor, suggesting that he incited an “insurrection.”

The professor has since retired from Chapman University.