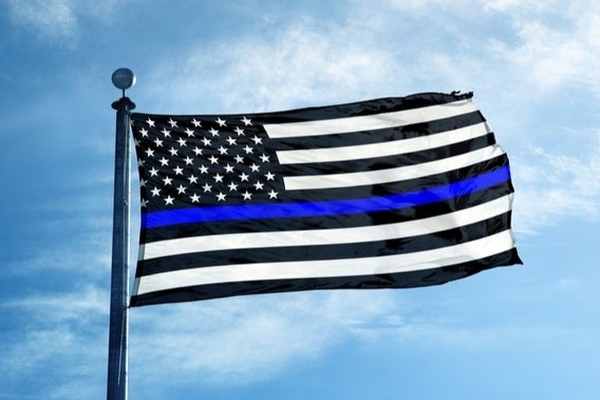 (breitbart) – An Ohio high school has indefinitely suspended two football players for defying orders from the administration and taking “Thin Blue Line” and “Thin Red Line” flags onto the field, as part of a 9/11 tribute.

Ahead of their Sept. 11 game, cornerback Brady Williams and linebacker Jared Bentley, who played on the Little Miami High School’s football team, ran out onto the field carrying the pro-police flags they were told not to display.

After suspending the students, the Morrow, Ohio, school reported that the pair asked to take the flags out onto the field but were denied permission to do so, and in a statement, the school decried the media attention to their actions.

“Little Miami is saddened to see this story take such a negative turn. While we understand these students’ desire (to) show their support of first responders, they did not obtain permission from district officials. Administrators must act when students break the rules,” the school said in a statement according to Fox 19.

“The Patriot Night program to memorialize the victims of 9/11 was already part of our pre-game ceremonies on Friday, and the American flag is the first thing through the tunnel every Friday night. Little Miami enjoys an outstanding relationship with local first police and fire agencies, and a Little Miami school resource officer is also a high school football coach,” the school continued.

“Little Miami always has – and always will – support our first responders, our veterans, and all who sacrifice to maintain our freedoms,” they wrote.

A petition was launched at Change.org urging the school to reverse the suspensions.

“Jarad and Brady took a Thin blue and red striped flag out on the flag after they were told not to,” the petition says. “The school suspended them indefinitely for supporting their fallen hero’s (sic). Sign this petition to help unsuspend the two student-athletes who have lost their senior season.”

The petition was only a few hundred away from its target of 15,000 signatures at press time.

The school has not stated how long the suspension is to last.