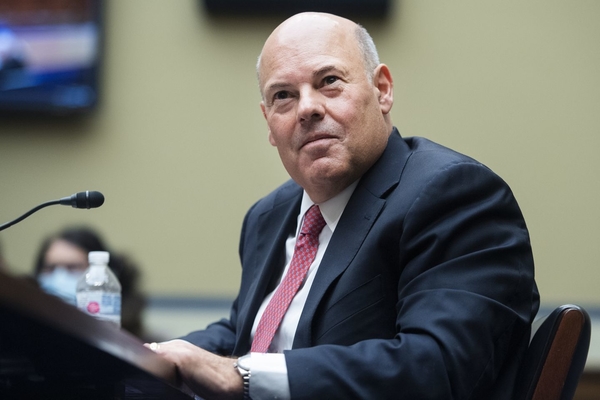 (foxbusiness) – Postmaster General Louis DeJoy told lawmakers Wednesday that he plans to stick around for “a long time” even after acknowledging that the U.S. Postal Service had failed Americans in recent months.

“Get used to me,” DeJoy said during testimony before the House Committee on Oversight and Reform when asked how long he planned on staying in his current position.

DeJoy was appointed by a bipartisan board of governors to head the federal agency in May 2020. However, since then, he has come under heavy criticism for a series of operational changes that slowed mail before the 2020 elections amid the coronavirus pandemic. The Postal Service came into the spotlight again as it struggled to handle the holiday season surge of packages and mail.

United States Postal Service Postmaster General Louis DeJoy speaks during a House Oversight and Reform Committee hearing on “Legislative Proposals to Put the Postal Service on Sustainable Financial Footing” on Capitol Hill on Feb. 24, 2021, in Washin
DeJoy admitted that the agency “fell far short of meeting our service targets” during the peak holiday season which fell on the backdrop of a surging pandemic. As a result, it left “too many Americans” waiting weeks for important deliveries, he said.

“This is unacceptable, and I apologize to those customers who felt the impact of our delays,” DeJoy said while promising the agency “will do better” to serve the American people.

Although he commended the agency’s “tremendous” performance during the election, DeJoy said it “must make fundamental changes to provide our customers with the service they expect and deserve.”

“The years of financial stress, underinvestment, unachievable service standards, and lack of operational precision have resulted in a system that does not have adequate resiliency to adjust and adapt to changing circumstances,” he said.