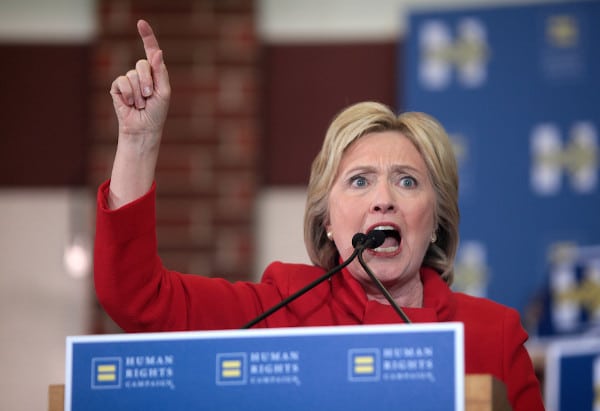 (breitbart) – Former Democratic Party presidential nominee Hillary Clinton was fined last week by the Federal Elections Commission (FEC) for paying for the fraudulent “Russia dossier” — but NBC’s Chuck Todd failed to ask her about it on Sunday morning.

Hillary Clinton’s 2016 campaign and the Democrat National Committee were fined on Tuesday $113,000 by the Federal Election Commission (FEC) for hiding their spending on the fraudulent Russia “dossier.”

Hillary’s campaign and DNC allegedly reported payments to Democrat law firm Perkins Coie as legal expenses instead of earmarking them accurately as “paying Fusion GPS through Perkins Coie to conduct opposition research on Donald Trump,” according to the original complaint of Campaign Legal Center.

First reported by the Washington Examiner, the DNC and Clinton campaign agreed to jointly pay $113,000. Hillary’s campaign would pay $8,000, and the DNC will pay $105,000, a small sum for allegedly “misreporting the purpose of certain disbursements” related to the “Steele dossier.”

The dossier formed the basis for the “Russia collusion” hoax, which falsely claimed that Trump worked with Russia to win the 2016 election. Special Counsel Robert Mueller found no evidence of the hoax when he completed his inquiry in 2019.

The Clinton campaign had provided the dossier to the FBI and leaked it to fellow Democrats and the media, which led the FBI to conduct surveillance on Trump aides and undermined the incoming administration in 2017.

Todd interviewed Clinton on Meet the Press and asked her about foreign policy and domestic politics. At one point, Clinton even said that the Republican Party “has now gone to the, you know, to the extreme and are saying and doing things that have no basis in reality.”

Despite her own role in funding and perpetuating the “Russia collusion” hoax, Todd did not follow up.