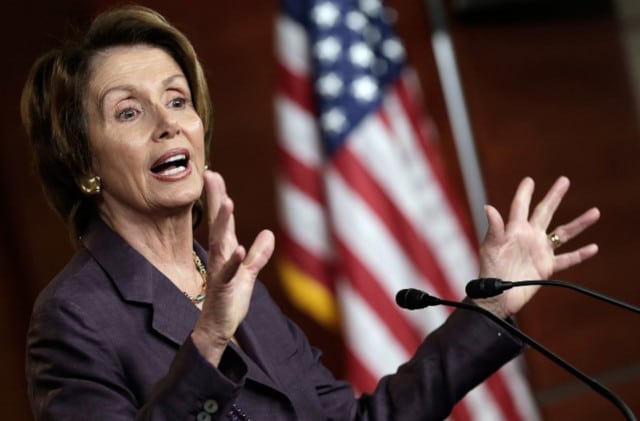 (Gateway Pundit) – House Minority Leader Kevin McCarthy (R-CA) on Thursday called on Speaker Pelosi to suspend the impeachment investigation into President Trump until she can establish “transparent and equitable rules and procedures.”

Speaker Pelosi launched an impeachment inquiry into President Trump based on hearsay and gossip from a Deep State CIA snitch about President Trump’s phone call to Ukrainian President Volodymyr Zelensky — she still has not held a full impeachment vote in the House.

“Unfortunately, you have given no clear indication as to how your impeachment inquiry will proceed — including whether key historical precedents or basic standards of due process will be observed,” McCarthy wrote in a letter to Pelosi.

“In addition, the swiftness and recklessness with which you have proceeded has already resulted in committee chairs attempting to limit minority participation in scheduled interviews, calling into question the integrity of such an inquiry,” McCarthy added.

McCarthy also asked a series of questions to Pelosi about how much subpoena power she intends to give Minority members.

House Republicans began to fight back against House Democrats and their plans to impeach President Trump after the New York Times dropped a bombshell on House Intelligence Chairman Adam Schiff.

The New York Times reported on Wednesday that Adam Schiff learned about the Deep State CIA spy’s accusations against Trump several days before the officer filed a whistleblower complaint.